The young married couple, Simon and Cyla Wiesenthal, became separated early in the war. Helped by the underground, she had been taken to various hiding places where she lived under false names. Arrested and deported, he became a prisoner in a sequence of concentration camps. At war’s end, through the grapevine, each learned that the other was dead — Simon by his own hand, Cyla in an apartment building in Warsaw that had been bombed. Once travel was possible, Cyla began the journey home to Lvov, while Simon, newly liberated from Mauthausen Concentration Camp in Austria, decided he would go to Vienna and begin the work of hunting Nazi war criminals 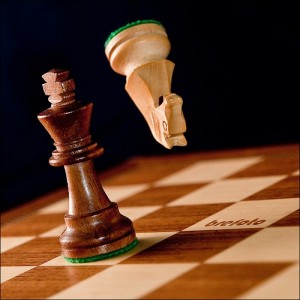 . Soon what would become known as the “iron curtain” would fall between them. They would have remained as widow and widower had fate not intervened through a series of amazing coincidences. When I interviewed Simon in Vienna for my book FIET’S VASE AND OTHER STORIES OF SURVIVAL, EUROPE 1939-1945, they were both in their 90s. Following, an excerpt from FIET’S VASE:

December brought snow and icy rain. The war had been over for seven months and the soft white of fresh snow had covered and made abstract the many remaining reminders of the war. Because of his broken ankle. Simon was in his room when there was a knock at the door. He was thirty-seven years old and still vastly underweight. On his desk lay bundles of papers meant to incriminate those on whom lay guilt. When Weisberg walked into the room alone, his heart must have sunk. But when Weisberg related the saga of the lost address and the three Mrs. Wiesenthals and that he had made a guess and chosen one of these women to bring, Simon insistently asked Weisberg where the woman was. And Weisberg replied that she was waiting downstairs. Simon asked Weisberg to please bring the woman to his room And for a few final seconds, Cyla stood on a chilly white street in Linz while Simon waited in his paper-filled room, to know for sure and with their own eyes if lost love had really been released from the jaws of death.

« Excerpt from Part III — “It’s Possible to Lead a Cow Upstairs But Not Down” – The Woman … » Remembering Miep Gies on her birthday – 15 February.