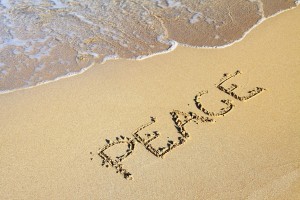 A number of years ago I began working on a book for Scholastic Press for Middle School kids ages 10-14 about Chiune Sugihara, the Japanese diplomat in Kaunas, Lithuania who, in 1940, against his governments wishes, wrote visas round-the-clock to help refugees fleeing Hitler. (He’s sometimes called the Japanese Shindler.) Though Sugihara’s deeds were courageous and in some sense ruined his later life, a diplomat and his staff writing and signing visa after visa for an entire month in a small office on a hilltop in a provincial city in the Baltics, did not make for a compelling book. In order to give the book some umph, texture and context, and make it of interest to young people, I decided to try to find survivors who were pre-teen at the time. After digging and researching, I was able to locate Solly Ganor who lived and still lives in Israel with his wife Pola. Solly was eleven-years-old in 1940 and had various interactions with Sugihara and his family. (When I met him, he had just published a powerful memoir titled Light One Candle, one of the most harrowing, best Holocaust-related books I’ve ever read.) I was also able to trace a woman named Masha Leon, originally from Poland, who was nine-years-old in 1940. She and her mother had received Visas from Sugihara and owed their survival to him. I was fortunately to be able to do an in-depth interview both Solly and Masha who became willing participants. Thus, my little book A Special Fate, Chiune Sugihara, Hero of the Holocaust  includes the story of Sugihara, the man, his family, his life before, during and after the war. Additionally the stories of a nine-year-old Polish girl – Masha – and an eleven-year-old Lithuanian boy – Solly -are woven like red threads through the tapestry of the book. 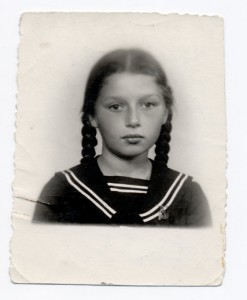 After the war and much resettling, Masha settled in New York. For many years as an adult she wrote a beloved column called ‘On the Go’ for the The Daily Forward. 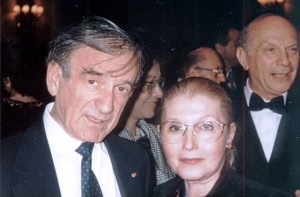 Yesterday I saw in the newspaper that she had passed away [Obituary from New York Times] at age eighty-six. She died peacefully in her own bed during sleep rather than as a frightened child in the Nazi’s noose as she might have. Following, in homage to Masha, Sugihara, and all who have passed through the eye of the needle of fate against all odds, a short section from A Special Fate,. This swatch is from the end of Chapter 4, and the beginning Chapter 5, reconstituting a small section of the young girl’s (and her mother’s) fraught flight. They did not know then that they were about to keep an appointment with destiny. Rest in peace, Masha.

… Winter, always nasty in Poland, arrived. Mrs. Bernstein found a polish peasant who, for a price, would take them out into the country. She hoped they could get to Byten. Masha and Zelda sat all day in icy sleet and rain in the peasant’s wagon while he collected enough people to fill it. Masha had the mumps and a high fever and some kind of sickness from malnutrition, which caused her mouth to be covered with sores. She felt terrible.

Finally, there were six children, three women, and an old Jewish man in the wagon. the peasant brought his whip down hard on the horse’s back.

The peasant took them out of the city and, to their horror, right to Gestapo headquarters. He slyly told the Gestapo officer he had a bunch of Jews hiding in his wagon.

Then, without any explanation, the Gestapo let them go.

Masha and Zelda walked away by themselves in the direction of the Russian border. Her mother told Masha that in case they were caught, the story Masha should remember was that Zelda was taking her home to their family in the provinces. Zelda told her that the Russians had warm hearts and if they were caught by them, Masha should cry.

For the next few weeks they walked mostly at night. They hid in haystacks and ravines, always avoiding villages with barking dogs. Even though she was still sick, Masha carried a knapsack and a satchel. Zelda carried a suitcase and another knapsack. in the evening Zelda would knock on doors of various small huts where peasants lived. She’d ask for a night’s shelter. She’d also ask if they wanted to have a cow milked or wanted her to dig up potatoes.

Often the peasants would slam the door in her face, but sometimes they wouldn’t. For money, they sometimes let Masha come into the house because she was blond and blended with the polish children. they made Zelda sleep in the barn because they thought she was a Jew.

When they got to the border between the German part of Poland and the Russian part, the German soldiers raised the barrier. Between the two parts of occupied poland was a vast and barren no-man’s-land. it was several hundred yards wide and ran for miles and miles, with a line of trees that led into a forest along one side. Masha and Zelda – one thought that soon they would be safe.

From out of the forest came Russian soldiers on horseback with red stars on their peaked gray military hats. they wore bandoliers, which were crisscrossed belts of bullets, and carried bayonets. the soldiers shouted at the refugees to return to the German side, so the crowd rushed back to the German barrier, but it was closed. the Germans wouldn’t let anyone back through.

People began wandering along the strip of no-man’s- land. Some people gave up hope and sat dejected. As food and water ran out, many died from hunger and cold.

Masha and her mother walked away from the other refugees. Soon they were by themselves. A polish peasant wom- an leading a horse-drawn wagon of hay told them to climb in and hide in the hay.

The woman hid them in the cellar of her house for three days, even though the penalty in German-occupied Poland for helping Jews meant death. the kind woman fed them, cared for the sick little girl, and let them rest. When Zelda tried to pay her, she refused the money, saying that she was only doing her Catholic duty.

After they had rested, they again walked across no-man’s-land. Suddenly, out of the treeline came a single Russian soldier, a boy about seventeen years old, with his bayonet ready. He shouted for them to go back to the German side or he’d shoot.

Mrs. Bernstein set her black valise down on the ground. tired and almost without hope, Zelda told him in Russian that he might as well shoot her. She’d rather a Russian shoot her than a German.

Masha remembered that her mother had told her that if they met the Russians, she should start crying, so she started crying. Her mother turned to her and in a comforting voice, begged her to stop crying, calling her Mashinka.

Mashinka was the diminutive of her name, which is the Russian version of Mary, a popular name in Russia. the soldier wanted to know since when did polish people give their children Russian names.

The soldier was bewildered. He told them that he had a sister called Masha. Same name, same age, same braids parted in the middle like Masha. If he shot Masha it would be like shooting his sister. the soldier took them across the border into the Russian part of poland, which was now joined to the larger Soviet Union, to military headquarters. they were given bread, tea, butter, and apples, while he and the other Russian soldiers serenaded them with songs. in the morning they put Masha and Zelda on a military truck, which took them to the train station at Bialystok, a town northeast of Warsaw.

After days of waiting, Masha and Zelda squeezed through the crowd onto the train. they found a seat in the last car. Exhausted, they waited for the train to start. As they waited, Mrs. Bernstein suddenly became alert. She told Masha that she thought she had heard someone calling their names.

They looked hopefully out the train window. For a moment Zelda thought she saw her husband Matvey on the engine started, and the train left the chaotic station.

At last, they arrived at their destination, Byten. in that small town, and in nearby towns, lived both sets of Masha’s to his word, a few days afterward, her father arrived. And when he told them about his own travails—going back and forth to dangerous Warsaw through Bialystok—they realized that, yes, it had indeed been him at the train station calling their names.

Before they could enjoy the reunion, a childhood friend of Matvey told him that it was unsafe to stay in the town. So, before they’d even rested, they were wrapped up in bandages, hidden in an ambulance, and driven out of town. 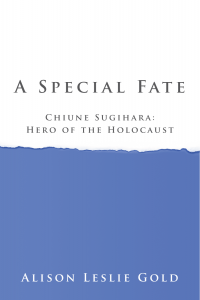 « High up in the Apennines » New addiction