Feb 16, 2014 By hanaan in The Woman Who Brought Matisse Back From the Dead 1 Comment

HE RAISED his voice. “Cook!” Cook heard him and came to the doorway. “What do we have that would appease my sweet tooth?” Cook smiled, left and returned with a fancy box of marzipan that she pressed into the old man’s upturned hand. He pulled off the top of the box. Inside were little animals — a fuchsia cat, a lilac fox, an olive green pig … Matisse put down his scissors and took off his glasses. He chose a chromium-yellow bear. “Ah!” he bit it in half, “Good colors sing!”
[from The Woman Who Brought Matisse Back from the Dead] 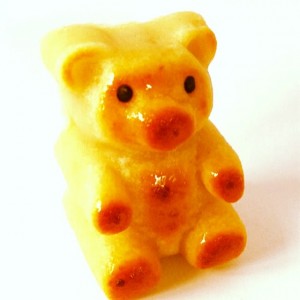