Page 1 – The Woman Who Brought Matisse Back from the Dead

Jun 12, 2016 By Alison Leslie Gold in The Woman Who Brought Matisse Back From the Dead 1 Comment

The Woman Who Brought Matisse Back from the De

The studio on the Boulevard du Montparnasse was not far from the Boulevard Raspail crossing. The door to the concierge’s loge was ajar. The husband of the concierge was urinating into the sink when he noticed the full-bodied woman framed in the door as she entered the building and walked toward the lift. These chalk-faced women who came and went all had the same effect on him. This one was not pretty per se, her legs were too short, her grape-gray dress belonged to another season and gave off the scent of mildew. Though he was not a rutting dog, she aroused him. Something leaked from her like peach juice from a too soft peach. The concierge saw her too. It was the time in the morning for brioche and milky coffee and she had just spread a coral and gray striped cloth over the table. She clucked to her husband, “Of course she’s the new little model. Monsieur Matisse will make use of her for a while, then, when he’s through with her, as with the rest, he’ll order a fresh one and another after that.”

The new model stepped out of the lift-cage at the Sixth Floor. She contained the bun of red-brown-green hair with one hand, removed two long egg-shell-white hairpins with the other. She held the pins with the strongest teeth that remained in her mouth before plunging each one deeply into the unruly nest. She was not concerned when a few wiry curls escaped nor that the smear of lemon-yellow lipstick across her lips had rubbed into the corner of her mouth. After she made the sign of the cross she tapped on the door.

Inside, the shutters were drawn. The artist’s Russian assistant, rumored to be his slavish mistress, told her to wait at the door near a woman’s torso done in the Greek style. Once invited to enter, rather than looking toward the grizzled artist when he greeted her from his wheelchair, the model’s cocoa-gray eyes were drawn over his head to the large charcoal drawings of the Seven Stations of the Cross that had been drawn/redrawn/erased/drawn/rubbed. Because she was Catholic, she experienced the urge to get down on her knees before the brash drawings.

Scattered through the studio were broken shards of china and crockery, bolts of colored cloth, embroidered tapestries, canvas, bottles of turpentine, linseed oil. Henri Matisse sat in a wheelchair beneath the drawings of the Seven Stations. He was shriveled and white. He wheeled over, shook her hand. Though she did not need to, she reminded him that they had met before. He looked at her with friendly eyes. She leaned toward him, heard him say, “Of course I remember you.”

She was thirty-six, wore down-at-heel shoes and her feet hurt. She could not resist saying, “I prayed that God would give you more time … and he has.”

“You did. And you have given me nine extra years.”

A rose tint spread across what part of his face was visible above his white beard, behind his thick glasses.

“I see you left your order.”

“Will that be possible?”

He was ready to work. Not sure if she had also shed her Catholic modesty, he gave instructions to disrobe. When she willingly obliged, he saw that inhibitions had been shed. He pointed to a chair. A bouquet of orange marigolds stood in a vase on the table at which she was seated. He told her to keep her legs uncrossed, to lean into the tabletop. He instructed her to look away from the orange flowers that gave off an appealing smell of wet earth. When an hour had passed and he was deep in concentration – two thick pencils in hand – she glanced at his blissful face. Magnified through gold wire eyeglasses, his unblinking eyes were several shades of blue and even gray; intense, steady and steadying eyes that appeared to change color — as she remembered them. He wore a black wool hat, a cigarette dangled from his lips.

Her body and face spilled over him until his senses were wet. About his models he had many times said: “I’ve got to be so penetrated, so impregnated by my subject that I could draw it with my eyes closed.” People who knew nothing presumed that it was he who did the penetrating, did not realize it was the subject that pierced and flooded all of him.

She had been doing this work for Alice Hoska and other artists since the war and could keep a pose even if it became tiring or painful. She did not mind suffering. Fortunately a fat black stove heated the room since, if she had one souvenir beside intimidation and hunger from the past, it was that she could never seem to shake off the cold. The artist worked until twelve then sent her away, instructed her to return after lunch. She took the lift-cage down, crossed the street, sat on a bench in a small square. She ate two yellow-ochre pears, two brown buns, and swallowed a garlic clove to purify her blood. She was still hungry when her sack was empty. Nearby was a kiosk that had pots of white carnations for sale though it was winter. While she sat, the sky went from dusky gray to gunmetal gray. At a few minutes before two, she pushed back the grill of the lift.

When she was naked once again, she awaited his instructions. The strong smell of fresh garlic was steeping through the room. He positioned her, told her he would stop work at five but did not. At six the émigrée assistant, Lydia Delectorkaya – blamed for his marital break-up –urged him to save his eyes for to following day. It was not possible to tell if Lydia’s concern was amorous or practical. He worked for another hour before he put down the pencil, then wheeled the wheelchair away and turned his attention to twittering turtledoves. Lydia put an envelope into the model’s hand. The money in it would pay for a pair of nylon stocking with dark seams down the back that she had been coveting at Printemps.

“Monsieur would like to book you for the week. Is Sunday a problem for you? Do you need to go to Mass? Do you have a man friend to see on Sunday? And … what shall we call you?”

“I was baptized Paule Boule although you knew me as Sister Paule. My name was changed during the war, to Claude. I do go to church on Sunday, do have a man friend,” then added as an afterthought, “It’s an honor to sit for Monsieur. I would work through the night with pleasure if he requests.”

“You will be paid double for Sunday.”

Matisse began to cough. An off-white bird flew across the room and landed on the back of a fringed lampshade. The bird stretched its wings. When the coughing stopped, he caressed the bird’s neck. As soon as Lydia showed the new model out, he loosened his corset, had his nurse help him with his personal needs, then stretched out on his bed for a rest. 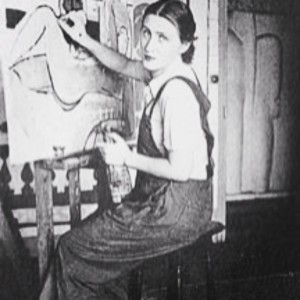 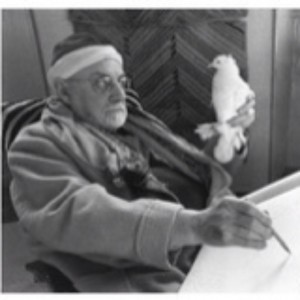 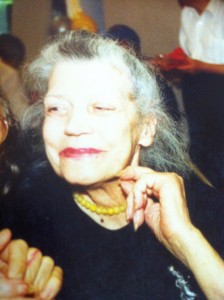