Dec 14, 2015 By Alison Leslie Gold in The Woman Who Brought Matisse Back From the Dead 2 Comments 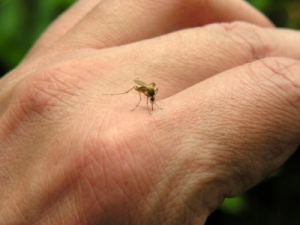 Born 16 December 1916 – ninety-nine years ago tomorrow, Claude Foot née Boule (who modeled for Henri Matisse between 1950-1954 in Paris), became the central character in my novel The Woman Who Brought Matisse Back from the Dead. I’d come to know Claude at the end of her life and happened to be with her a few days before she died. December was bone-chilingly cold that year. Nothing like this December, balmy and warm (eerily so). Last night (perhaps a prequel of what’s to come), a humming tempest of mosquitos reappeared from wherever mosquitos go in winter to bite my wrists, ankles, arms, even feet. I scratched my way through the long night. Following, a swatch from that December as rendered in my book. Meet Claude, Alice, her patron, and John, her guardian:

On her birthday, December 16th, the city was covered with ice from rain that had frozen. Alice hired a car to take her across the slippery city. She told the driver to wait, then navigated the icy sidewalk to the front door of the nursing home. She had with her a tub of strawberry ice cream, a furry brown stuffed bear wrapped in blue and white striped paper, French perfume, had put everything inside a buff and black Saks shopping bag. Claude was in room 1111, a two-bedded room. An indigo-colored curtain separated her from the unseen person on the other side.

She was in the bed beside the door, supine, her face in fixed repose. A black eye-patch was covering her left eye. Alice pulled up a chair and sat beside her. When Claude opened her right eye she showed no surprise. She let Alice squeeze her hand. Alice bent and kissed it, she looked up and saw that Claude was wearing new, too white, false teeth.

“You must speak up, chérie, I don’t hear well on this side.”

A tray of pureed food was rolled in. Claude was indifferent to it. She searched for the button to raise herself up, could not find it. Alice looked, found it and raised her to semi-sitting position. She went into the bathroom, got a white washcloth, ran it under hot water, soaped it, and came back to wash Claude’s hands and face. She sat down on the chair and watched as she unwrapped her birthday gifts. It took her 30 minutes to remove eight pieces of scotch tape from one package that was wrapped in velvety yellow paper. It took her another half hour to unwrap the rest. When she had removed the last piece of tape, she folded all the wrapping paper and put it under the bed cover, just as John rushed in.

He was bony, unshaven, shaky. He kissed Claude.

“It’s on your chart, Claude. It’s too hard to keep a secret.”

She was 88 years old. She made wiggling motions with her hand and he laughed again.

He looked toward Alice.

“She wants me to bring in her snake. It’s a toy… don’t worry. She wants the snake so she can scare the old people here.”

Claude brought John’s hand to her lips, kissed it repeatedly, making little pt-pt-pt sounds with her lips, left smudges of tomato-red lipstick on his knuckles. John lowered the bed to its original position while he told Claude about a new painting of his new black friend he had begun. Alice touched his back with her free arm. He was a sack of bones.

“Claude said you have a new ‘friend’ in your life. Is that who you’re drawing?”

He turned his back on Claude, spoke so Claude could not hear.

“Yes, if you must know. I don’t talk about my sex life in front of Claude.”

He turned back to Claude, handed her his gift that was wrapped with aluminum foil. She shook her head.

John unwrapped a framed print then hung it over a monitor meant for oxygen on the wall where she could see it. It was a reproduction of a painting of Christ by Rouault. Claude made the sign of the cross, then shut her good eye.

Claude went on oxygen. Two days before Christmas Alice stood in the doorway of her room. The walls were painted pale avocado, the bedding was navy blue, the side table was painted a soft shade of oyster gray and had been varnished. Claude saw her, raised two fingers. Alice went in and sat beside her on a vermilion straight-backed chair, took her hand. Claude’s cocoa-gray eyes met hers.

“Did you find out about Julia Warhol?”

“Where is she? She must be very old.”

“I don’t like to be the bearer of bad news.”

“By her own hand? I would not like to think of her stranded in purgatory for all eternity like my mother.”

“Never mind. Will you light a candle for her at her church, the ugly gray one on 15th Street?”

“Not one. Light many, chérie. She would like more than one.”

Claude dozed. Alice sat for an hour. Ben’s ghost walked up behind her, buried his fingers in her hair. Warm currents streamed from her scalp into her neck, radiated out toward her tense shoulders. Ben’s voice was lively. He told Claude that he and Alice would watch over John when she died. Before that, though, he would spend Christmas with her. Alice wondered, What about me? Who will spend Christmas with me?

“I’ll come to visit you on Christmas Day.”

“I forbid you to come on Christmas.”

Her tomato-red lips sucked on the oxygen nozzle. Alice sat down again, trying to decide what to do about Christmas.

« It’s still Chanukkah … in Santa Monica » On being German