from Not Not a Jew, tiny schmears on tiny matzohs 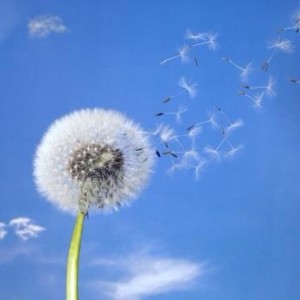 She asked, Why no foreskin?

He replied, A foreskin is redundant.

She asked, Do they tie the baby up in a receiving blanket? Are his legs tied down? Are his arms tied over the head? Is the individuality ignored? Are his limbs strained like Dürer men?

He replied, Don’t ask me.

They drove along the Gulf, passed fishermen’s nets made of chain mail. The setting sun jellied crevices and precipices beside the gravelly road. Ira sloughed off the mariachi music. Carmen bit into her apple like a capitalist. What would Joe Louis do with Carmen? What would Bergman do with the camera wrapped in burlap? What would Tony do with human skulls made of sugar? No gong rang. No round ended. No one sponged cold water onto his neck.

Unpropitious cathedral, Ira’s hard head. She touched him with a splash of dash. His bedmate: Barbara, a Jewish temptress with changing Petri dish eyes, welded an acerbic tongue. At a roadhouse, Ira (a monkey’s uncle) and Barbara (meddling, secretive) unrolled the wet map, unsure of the way. Unseasonal snow coated shocked oleander and chilled rose bushes. Barbara (140 pear-shaped pounds of ballast) had made a casserole with cubed bread crumbs, savory herbs, sautéed onions with butter, celery, mushrooms, broth, salt, pepper, celery seed, sage, rosemary, not a ton of fat for the journey. The smell visited the car while he built a case in his mind. How to tell her … There were blue-topped clouds above the historic marker: Forty-nine steps to defilement.

He was asked, Eggs or cereal?

He tasted blood from bleeding gums. It was a riddle as to what instigated the bleeding, what nerve set it oozing, what biological substance was weeping? Barbara injected, Eggs, and added, What say an omelet of fast sperm? Why don’t we do something to make up for the murdered millions?

Ira clamored across the mires and the puddles, his face into zephyr. Barbara tagged along. He’d folded the mettlesome conscription notice like a paper airplane and sent for a ride. Airily, he tightened the belted raincoat. He got her to see Love is Colder than Death (1969) with him six times in New Orleans, was in love and in hate with Schygulla, with Fassbinder. Did the wild boar really live in a German forest?

Stagflation (1972), gloom of winter freeze. No dramatic focus after all. Barbara’s tongue, a dull blade, Barbara’s inhibition had escaped from its hiding places. She turned her wine glass upside down, put protein in the center of his plate but had no conscience about tossing the dishwater into the sparrow’s nest. His retaliation was to harvest a crop of bravura and fertilize her bathwater. He brought two hand-stirred egg creams into the foggy bathroom. Ice Queen, he called her. Watching Ben Casey, enthralled by symptoms, they sat together guessing diagnoses, arguing over diabetes or polio. Being right was a trigger. Their tireless repartee fell drop by drop into a bucket of bleach in hot water. His parents’ house key languished in the pocket of his black chinos. Ira spit into his palm. He summoned trumpet, guitar, cornet, nuzzled her neck. She had developed endocrine blockage otherwise referred to as sluggish glands. A riff of tongue played chopsticks along his shoulder, her glossy gold eyelids drooped as they always did after too many dazzling oriflammes. They adopted one calico cat and kept it in a grapefruit carton. Barbara’s vocation – mail order – spread across their three rooms, in stacks, avoiding all controversy.

As her lips moved, she opened blouse buttons, removed cuff links. Ira dropped a forty-five of Purple Haze, humming along like a wasp, pulling her away from the Post.

Put down the Epsom salts.

[excerpt from Not Not a Jew]
« bad good luck, two » Post-coitus tristesse, or