Elephant in the Living Room: The story of a skateboarder, a lost dog and a family secret 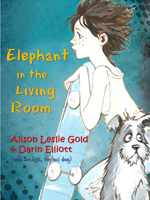 Eleven-year-old Danielle Godot has her own room in a nice house near the beach, two devoted parents, a kid brother who is only occasionally a pain in the you-know-what, a parakeet, a rabbit and a loyal best friend who is as into skateboarding and animals as she is. What could possibly be wrong with this picture? In Elephant in the Living Room, authors Alison Leslie Gold and Darin Elliott show that even colossal problems can be invisible as long as no one wants to see them for what they are. Gutsy, tom-boyish, big-hearted Danielle loves her father fiercely. But she is embittered by the loss of her beloved mutt, Beckett, who disappeared as a result of one of her dad’s bouts of drinking-induced irresponsibility. What’s wrong with him? Are they all going crazy? Aimed at children from the ages of about 10 to 14, and all who are confounded by problem drinking, Elephant in the Living Room tells the story of how a good man’s slide into alcoholism damages the people who love him most, and how his family summons the courage to make themselves – and him – face up to it and get help. The narrative is leavened with Beckett’s clear-sighted and irreverent commentary and the book concludes with a list of resources for those whose lives are affected by alcoholism. 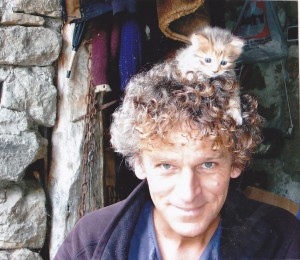 Darin Elliott was initially born in the suburbs of San Jose, California. A second birth came at age 23 when Italian friends in Los Angeles (where he moved to get a University degree in Writing) took him to Italy, and he fell in love with Europe and with Travelling. He  has pretty much been on the road ever since, all over Europe and India, stopping to settle in various spots on the earth to get to know other cultures and people and the human potential.

Parallel to the external movement was an internal one which passed through the territories of Religion, Philosophy, Metaphysics, Mythology, and finally, sitting alone and silent and still to pull all the fragments into a whole. Numerous articles on his philosophical inquiries were published in the UK journal ‘New Humanity’.

At any given moment he resides in an old stone house in rural France or a castle in Bavaria or a cow-dung hut in the Himalayas or a mansion on the Thames river outside London, or any one of numerous other spots he considers home on the planet. 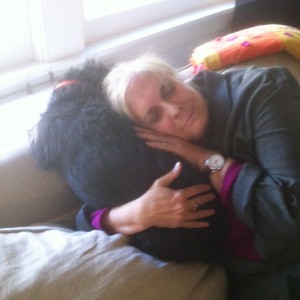