Why we need schmaltz 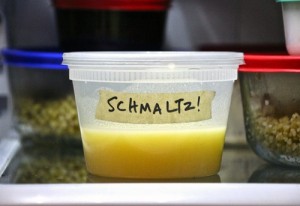 At the movies, needing a good cry: Random Harvest, 1942, with Ronald Coleman and Greer Garson. War-addled Charles, an English officer, has amnesia. He’s in a sanatorium. An orderly forgets to lock a door on the day World War I ends and Charles wanders out into the world. He is drawn into a cabaret during a celebratory performance and taken under the wing of Paula, the beautiful, red-haired singer. She takes him far away to live in a little house in the country. They are blissfully happy and never apart. One day, Charles must go to the city to interview for a job. He takes the key to their cottage and promises to return the following day, however, while crossing a street, he’s hit by a passing car. When he comes to, the memories of his early life as a cold-hearted industrialist return and all memory of his life with Paula has vanished. Only a mysterious key remains in his possession. He resumes his previous life. Paula finds him but he does not know her. Wanting to be near him she interviews as his secretary, and gets the job……..(Won’t disappoint.)

Other uses: Three men are discussing the previous night’s lovemaking. Alberto, the Italian Catholic, says, “I rubbed my wife all over with the best olive oil, then we made wonderful love. She moaned for five minutes. Otto, the Swedish Lutheran, says, “I smoothed sweet butter all over my wife’s body then we made passionate love. She wailed for half an hour.” Harry, the Jewish American  says, “I covered my wife’s body with schmaltz. We made love and she screamed for six hours.” The other’s exclaim, “Six hours? How did you make her scream for six hours?” Harry shrugs, “I wiped my hands on the drapes.”