Conversions, from and to 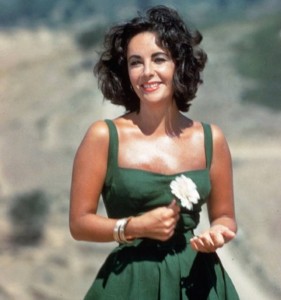 Anticipation still building as Not Not a Jew publication perches on the horizon. Am pleased by reader interest in the subject of Jewish non-Jews and non-Jewish Jews, a many-sided-diamond. There’s the subtle variety of not nots, like the folks soon to be introduced in the new novella. Of course there are also less conflicted varieties, actual Jewish converts, like Elizabeth Taylor, Marilyn Monroe, Jackie Wilson as well as their flip side, anti-Semitic Jews like Bobby Fischer or reverse converts like David Berkowitz/Son of Sam.

The subject is often chewed on as below:

Two old Jewish men are strolling down the street one day when
they happen to walk by a Catholic church. They see a big sign
posted that says, “Covert to Catholicism and get $10.”

One of the Jewish men stops walking and stares at the sign. His
friend turns to him and says, “Milton, what’s going on?”

Milton thinks for a minute and says, “Abe, I’m going to do it.”

With that, Milton strides purposefully into the church and comes
out twenty minutes later with his head bowed.

Milton looks up at him and says, “Is that all you people think of?”

More to be said. But, whether accounting for not-nots or nots or non-Jewish Jews or Jewish-non-Jews, or assimilated or indifferent Jews, Jews of all stripe seem to be more and more of an endangered species. With only about 13,000,000 in the entire world, 70% already unidentifiable, 30% very visible, most people on the earth, whatever their views on Jewishness (and they’ll have one) will never see or know, clasp hands with or spit at an actual Jew. Below (I’ve tried to find attribution, but found none, I’m sorry), one clever solution. Well worth a head scratch:

Following Rabbi Swindler’s report to the Reform Movement’s steering committee regarding the conversion of animals, our Temple here in Auckland immediately began a “Ewes by Choice” class. We are proud to report that we have had over ten million respondents.  If this trend continues we may end up converting the entire sheep population of New Zealand, increasing world Jewry by sixty million, and thereby guaranteeing a Jewish future. Our lawyers are already preparing an application to the United Nations to declare New Zealand a second independent Jewish state.  We are also drafting legislation to remedy historical Northern hemispherical bias in textbooks and maps, so that henceforth South — including the new Jewish state — will be up. Passover will be an autumn holiday, but hey, it’s sheep we’re talking about.  Our heartfelt thanks to Rabbi Swindler, who has helped us secure the future of our people.
« A not Jewish Jew » In the cards