A not Jewish Jew 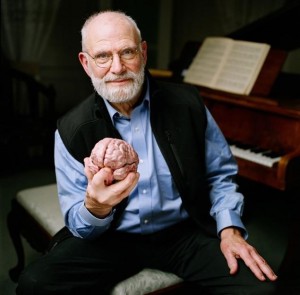 Inching toward the publication date of Not Not a Jew, I chanced on Oliver Sacks’ moving piece titled “Sabbath” in the NYTimes. Born into an Orthodox Jewish family in London’s Cricklewood, Oliver Sacks became estranged from his religion and broke away entirely because of it’s (and his mother’s) aberrance toward his homosexuality. Much like Not Not a Jew‘s Eli, Vera and their son, Ira, Sacks had cravings for a “deeper connection” in life but found none. Sacks distanced himself from home and family, got entangled with addiction (amphetamines), was never again able to pull the sweater of Jewishness over his head for warmth. Fortunately he found his “deeper connection” in a Bronx hospital (Awakenings) and became the medical storyteller we know and love. A short paragraph from this article follows:

And now, weak, short of breath, my once-firm muscles melted away by cancer, I find my thoughts, increasingly, not on the supernatural or spiritual, but on what is meant by living a good and worthwhile life — achieving a sense of peace within oneself. I find my thoughts drifting to the Sabbath, the day of rest, the seventh day of the week, and perhaps the seventh day of one’s life as well, when one can feel that one’s work is done, and one may, in good conscience, rest.

Like Dr. Sacks, I too have found a “deeper connection” by storytelling. Stumbling on themes with Jewish connections during my writing life has, perhaps, not been as accidental as I usually insist it’s been. Before I began publishing (and was occasionally labeled a “Jewish writer”), I had only once (with my Russian grandfather) been inside a shul (synagogue) in my entire life. Except for eating bagels and chicken soup, telling jokes, having nightmares about getting shoved into a crematorium in a concentration camp, having a “Jewish” name and a Jewish soul perhaps, no moveable hinge has ever officially fastened me to Moses. But, then again, I continue to unofficially levitate among Moses and the rest of the Old Testament gang.

« “A free day, a perfect pearl” » Conversions, from and to