As spring of 1945 burst through exhausted ruins, peace visited Europe beginning on May 8th. Now was a chance to make a better world and what better time to begin than spring. A few days less than three months later, August 6th, 8:15 a.m. 1945 an American B-29 bomber dropped a uranium gun-type atomic bomb nicknamed “Little Boy” on Hiroshima, Japan. When the bomb was detonated, temperatures reached 60 million degrees, incinerating anything (human or other) in it’s range. As this didn’t seem to be enough for the deciders, a stronger plutonium implosion-type atomic bomb nicknamed “Fat Man” was destined for Kokura, Japan. It was rerouted on August 9th because of thick clouds and instead was dropped  on Nagasaki, Japan at 11:02 a.m. Seventy years ago today. Midway between these two events, in 1945, I was born in Brooklyn, New York. My mother’s cousin Pauline – a pediatrician married to a pediatrician named Al  – might or might not have birthed me. Mother didn’t remember in later years when I asked. Pauline, who soon became a psychiatrist, called me “Alki” sometimes. (When she became a psychiatrist I thought she would be able to read my mind.) One neighbor called me “Petunia” but I didn’t have a nickname until I was christened “Ally Cat” at camp. I was born around 1 p.m. or perhaps 1 a.m. also not remembered by my mother later on. By the time I had an inkling of the world beyond my family, we were in a state of perpetual Cold War (1947-1991) that promised “mutually assured destruction” to all. Bit by bit, as the existing  bombs didn’t seem to be enough, bigger and better hydrogen/lithium bombs, at least 1,350-1,570 times more powerful than the combined strength of the bombs dropped on Hiroshima and Nagasaki, were crafted. Some folks built air raid shelters in their back yards, other’s either couldn’t afford to or didn’t believe it could help. At school we had frequent air raid drills during which I made sure no sharp objects like pencils were in my pockets and would “take cover” under my desk until an all clear sounded. Every night, when the light went out, I was visited by a chest-gripping fear of impending doom. Would a nuclear war start while I was asleep? Would my flesh boil off my bones? Would my eyeballs melt? Would I have a ravenous thirst for which nothing could quench it? My parents were unable to offer any reassurance, nor a plan as to what we might do to survive in the event. Growing up without religion or belief or faith in anything, where could I find relief? It wasn’t so much the fear of dying as I imagined death would be instantaneous, it was the ever-present, claws of impending doom that kept me in their relentless grip for many, many, years. This unrelenting fear was a kind of necrotising fasciitis (flesh eating virus) that invaded my spirit. Although, so far, I’ve survived, another rot, a sense of moral implication, continues to this day to eat away at me. But, not to be underestimated, there were eighty-nine full days out of the last seventy years (or twenty-five-thousand-five-hundred-fifty-five days) when it seemed that the world would be a better place. 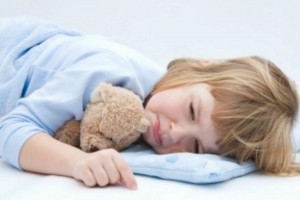 « Notes from Ecuador » “A free day, a perfect pearl”