Not so new addiction XX

Sep 30, 2022 By Alison Leslie Gold in Personal No Comments

The World in a Grain, The story of sand by Vince Beiser

Where the Water Goes, Life and death along the Colorado River by David Owen

The Hurly Burly and other stories (short stories) by A. E. Coppard 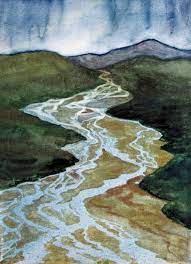 Miriam at the River by Jane Yolan

Water, A Biography by Giulio Boccaletti

Life on the Mississippi, An epic American Adventure by Rinker Buck

The Newlyweds by Nell Freudenberger

The Edge of the Sea by Rachel Carse

The Book of Eels (translate from Swedish) by Patrik Svensson

Swim Back to Me (short stories) by Ann Packer

« Not so new addiction XIX » All roads lead to ….. acupuncturists