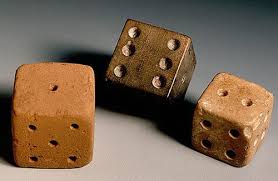 More than a year later:

Rash on knuckle of middle finger

Rash above wrist on both arms

Exhaustion after going to my accountant – two flights of steps, two short subway trips – spent the rest of the day and night in bed.

New names for Covid-19-long-haulers: 1) post-acute Covid syndrome, 2) post-acute sequelae of SARS-CoV-2 infection. Support groups are springing up. Some are unable to work any longer …,.

Tender soles of feet – no fat

pain in hands and feet

strange swatch of sandpaper-like skin on right and left wrists 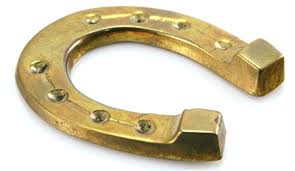 need for isolation from others 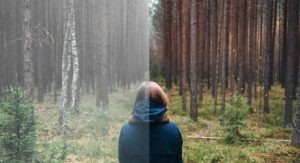 ….a woman read one of my blogs … the one about being a girl scout camper. She contacted me and told me she’d  been to the same camp as I had – Camp Laughing Water in Bear Mr. NY.  We exchanged phone numbers …. had a chat on the phone.  A month later she wrote to ask if I’d like to zoom with her daughter and herself and …. sing camp songs together? I’m ashamed of the fact that I declined …. I thought she had guts …

Do spiders sleep, the boy asked me. 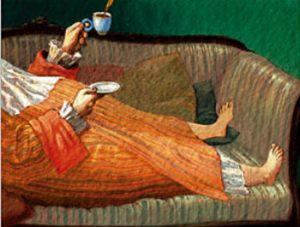 vertigo, bouncing off walls on and off through the day

tickle in both ears

have been advised that my birthday falls between the birthday of Modigliani (12 July) and Klimpt (14 July). Might this signify something …. anything ?

covid-induced asthma symptoms  have awakened now that the thermal cold has faded and humidity and rain have replaced it.

« A quote and two images » Addendum to: Blog posting from 16 May 2017 on poet Naomi Replansky