A small bite out of my next book 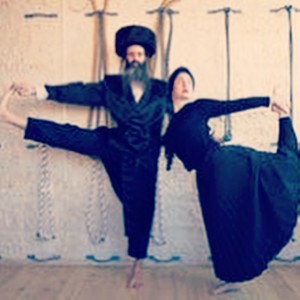 Following, a short excerpt from NOT NOT A JEW, A NOVELLA IN VERSTS, a new work  to be published by TMI Press in the near future. Set, at first, in Berlin, pre-war, meet Eli, a painter, Vera, his wife, who is studying medicine, and Karl, their first son who will not leave Europe with them when they escape:

[Excerpt from Part I – Verst by Verst]

Why must we leave here? she shouted. I’m against it.

Eli coated her nipples with flour and water paste, slapped on newspaper strips and smoothed around and round the curves. Eli’s elegant, wizard’s hands were doughy. Vera longed for sour cream. A swatch of spangled rug lay across her lap sewn with green thread, the design of Neptune’s trident.

She tried another tactic, turned her angular pleading face toward his, Why?

His reply, lifted from Marx, “To transform the world…” wean us away from cottage cheese and herring.

No, herring in cream.

I would gladly sacrifice to taste sharp onions and bay leaf with coriander corn. Please stay put, she begged.

On charity, both leaner than greyhounds, Eli spoke Berlin German while Vera spoke functional high German. Her mother had spoken it too. Vera was professorial, not inquisitive. Eli’s pale face, even paler since the police had chased him into the U-Bahn – Indi gasn, tsu di masn (into the streets, to the masses). He painted using scarlet, gold, crimson, cadmium yellow colors, designed perimeters with small diamonds, rectangles, ovals, trellis shapes, the topography of Perou. Karl howled out for milk but could not drink because Vera’s papier-maché covered breasts had not dried. On Karl’s little red vest was Eli’s design from Cézanne’s boy. Eli had given Karl a fat brush handle to suck on that made him giddy from linseed oil. His saucy eyes targeted Vera while he stood like a plump heron on her lap, chirping for more, naturally imperious. His every move was watched by 4 eyes, 2 behind owl eyeglasses. Karl scowled when more was not forthcoming and pulled her hair of oranges.