Viewed on the morning of 11/24/2020. Have not mentioned its content to a living soul. Not only due to the warning therein, but because a) chances are it’s a ruse, b) I don’t want to worry anyone. (If it’s the end, its the end.) Have, however, contacted the FBI online in which a copy of of the eerie email has been included, requesting guidance. None has been received. As yet … 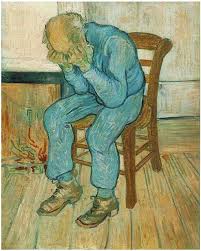 Someone paid me to kill you, If you want me to spare you.
I’ll give you seven days to pay me USD$3500.
If you inform the police or anybody, you will die. I am monitoring you.

><><
This missile weights on my mind. It jolts at night while I bounce on my trampoline that’s beside the east-facing window. On each rebound I gaze at the  teen volleyball game in the schoolyard below that’s illuminated solely with floodlights, and has been night after night since the winter time changed. Outcries and shouts, whistles, cheers, sporty excitement can be heard for hours on end. I enjoy these sounds. (I played volleyball at that age too …) This tournament or perpetual game has been going on for months despite the pandemic.
Of course I wonder: If a tree falls in a forest and no one’s around to hear it, does it make a sound? Now, I wonder about the unfallen (unfeld?) tree in a forest where no one is around to hear, does it make a sound? That’s me, an unfelled tree.
Two more days until Jack Smith’s deadline.
Discovered while sleuthing that the word ‘safiya’  (part of the return email address) is a common Arabic, also Egyptian, female name. It means ‘pure’ and was a name of one of the wives of the Prophet Muhammad. ‘Diallo’ (also part of the return email address) the last name of the Guinean immigrant (Amadou Diallo) shot by four policeman in 1999.
An actual ‘Jack Smith’ (the senders name) is remembered as the founder of 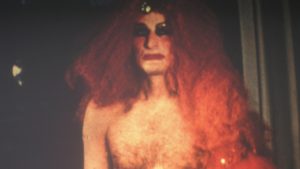 American underground cinema best known for “Flaming Creatures” from 1963. In his film the actors are drag artists, intersex folks; scenes include an earthquake, an orgy, a lipstick commercial. The film runs for 42 minutes, it’s budget was $300. Jack Smith went on to make many more films. Also: ‘Jacksmith’ is the name of a computer game – part of CoolmathGames.com – used to craft ‘awesome’ weapons and armor ...’
If properly counted, seven days (the deadline), has come and is now gone. Has the danger past?
Still haven’t mentioned to a living soul.
It’s another Tuesday. QUESTION: Shall I  *”Let the River Run”? ANSWER: Yes!