On a lighter note

Jul 12, 2015 By Alison Leslie Gold in Elephant in the Living Room No Comments

Following, Chapter I from ELEPHANT IN THE LIVING ROOM written with Darin Elliott for folks between ages 10-14 and all others who have an inclination to know more about alcoholic intervention, alcoholism in a loved one and/or talking dogs. Seems an apt moment as I’m seeing so many summer revelers reeling from one side of the HighLine to the other, bouncing off tourists and reeking of beer. 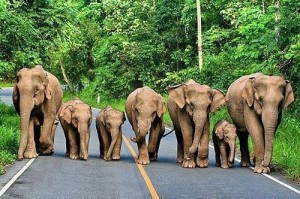 If the moon happens to be bright, it shines into the Godot family’s kitchen window, casting a bone-blue light across the kitchen table that’s got four placemats on it. Each placemat is made from a photo of Beckett, the family’s recently lost dog.
(This is me, Beckett, and please note: Danielle chose ME to get encased in plastic and not that dumb parakeet or dumber rabbit, so it is my face (FOUR of them!) that gazes up lovingly at each Godot at mealtimes.)
But tonight there’s no moon, so the kitchen is pitch black. The first hints of autumn are in the air, and all is silent except for an occasional drop of water falling with an eerie plop from the drippy spigot into the kitchen sink. Someone has forgotten to cover Pickle’s cage. Pickle is a green parakeet. He eats mosquitoes, ants, almost any bug, though his usual food is millet and bird seed. He is a Buddhist, and also a Virgo.
The Godot kids, besides giving their pets a name, also assign each one an astrological sign and its own religion. They considered Beckett a Sagittarian because they adopted her on December 15th. And she’s a Unitarian since her shelter was across the street from a Unitarian Church.
(Crazy. We dogs don’t get your People Religions. Our religion is Eat, Pee, Poop, Sleep, Chase Things and Try Always to Get Cuddles. What more could anybody want?)
Pickle’s cage hangs on a metal hook beside the kitchen table. From there he sees everything that goes on and he’s usually alert. This night he stares down as a pair of hands appears out of the shadows. Concealed in green gardening gloves, the hands line up sharp knives on the table. His pinpoint eyes watch as the gloves pick up a knife and begin winding silver duct tape round and round its pointy glinting blade.
The gloved hands do the same thing to the rest of the dangerous knives – one by one. Pickle has good night vision, but the dark is impenetrable, hiding the identity of the person wearing the gloves.
Pickle shakes his head, fluffing his feathers – he is a little creeped out by what he’s not seeing.
Then, startling Pickle and causing the garden gloves to pause in mid-air, the song “Without Me” by the rapper Eminem blasts out from somewhere in the house. Hastily the gloved hands gather up the knives and drop them back into their drawer with a clattering noise, slamming it shut. The gloved hands and the shadowy person wearing them quickly vanish into the darkness.
Abruptly “Without Me” stops playing.
There is silence except for that water. Plop. Plop.
Then something crashes inside the house.
Pickle blinks his eyes a few times and squawks.

« A preview of my epitaph » Empty chairs