December does not become November

Jun 28, 2020 By Alison Leslie Gold in Pocket fractal No Comments 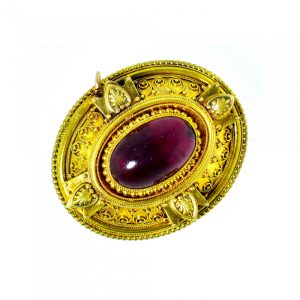 It looked something like this. Was a brooch presented to me by my parents. It had belonged to Minnie, my paternal grandmother, who had traveled all alone to New York at age ten from the Austrian-Hungarian Empire. Once here, she worked as a baker in Brooklyn until she’d saved enough money to send for her  younger sister, Mollie. Minnie couldn’t read nor write and, later, when my father tried to teach her, he failed. That ornamental breast pin was (I was told) the only piece of jewelry (or possession of any value) that belonged to Minnie during her entire life.

Minnie abruptly died of a heart attack at age fifty-two when I was in kindergarten. We grandchildren weren’t taken to the funeral but when my parents’ returned, I demanded to know if my father had cried? I’d never once seen him do such a thing so common to we children and yearned to know if the loss of his mother had opened a floodgate. Mother said he had but I never knew if she told me the truth or had wanted me to believe it to be so.

I think I was picked to receive the jewel because I was the eldest female grandchild. I wore the broach/pin/bequest one time only. This was one winter night when I went to the Continental Baths to hear a young performer named Bette Midler. The Continental was on upper Broadway in the basement of the iconic Ansonia Hotel that had once been the poshest hotel in New York. Most of the audience in that steamy underground room was made up of youngish, otherwise naked gay men with white terrycloth towels wrapped around their waists or hips. 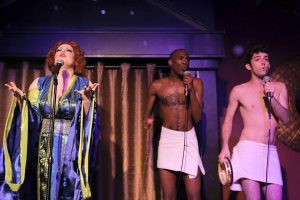 I can’t imagine what made me decorate myself with the gold pin with its oval garnet or ruby or perhaps red beryl that particular night. It was a whim. Bette Midler went on from the Baths to the Upstairs at the Downstairs; then shot to stardom. Shortly, I spiraled down and landed on the parquet.

After Bette’s  splendid show, when the bar had closed – at 4 a.m. in those times – I took a taxi back to my East Side neighborhood four sheets to the wind. Snow was falling, bringing it’s extra magic to that time of night. Most likely I stopped for my usual repast – a soft boiled egg on a buttered (lightly toasted) English muffin consumed with a small glass of cold milk – eaten while seated on a stool at the counter of the White Tower on my corner. This was probably the only meal I’d eaten that day as I had hardly any interest in food at the time. It was luscious; satisfying; I can taste it still.

At some point after I reached my apartment or perhaps the next day on coming to, I realized Minnie’s broach was gone. I couldn’t find it anywhere. Had I gone back to the Baths the next night to search for it? Did I telephone to inquire? Did I follow up in any way? Obviously, if I did, nothing came of my search as it was never retrieved and I never confessed its loss to a single soul. Until now, that is.

*”Time has been compared to a stream, but it differs — you cannot cross it, grey and even-flowing, wide as the world itself, having neither ford nor bridge; and though, according to philosophers, it may flow up and down, the calendar yet follows it but one way.

“November, then, becomes December, but  December did not become November.” 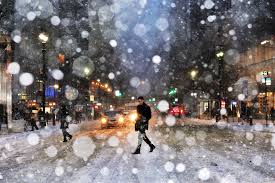 [*From One More River by John Galsworthy]