“Who will tell whether one happy moment of love or the joy of breathing or walking on a bright morning and smelling the fresh air, is not worth all the suffering and effort which life implies.”
Erich Fromm

Before it happened to me, I’d only known one person with it. This was an older/almost old man with whom I had an amorous connection. He told me he could not smell at all, had lost it long ago, and the only time it returned was during orgasm. I pine: Might this be my story too? Or, is there a chance that even ecstasy will not unleash this savage, provocative sense ever again. Heaven help me!

“I went out in the garden in the morning dusk, When sorrow enveloped me like a cloud; And the breeze brought to my nostrils the odor of spices, As balm of healing for a sick soul.

The malady is anosmia; also known as smell blindness (not blind smellness); its opposite is hyperosmia or excessive smell.  Among possible causes: Ciliary Dyskinesia, Samster’s triad, cadmium poisoning, zinc deficiency, m.s., frontal lobe tumor, Parkinson’s, Alzheimer’s,  Suprasellar Meningioma, Sarcoidosis, snakebite, damage to ethmoid bone from head trauma, COVID-19 (to which I tested positive on 20 April), nasal polyps; it has somehow become entangled with mother and father – kicked off on my mother’s 100th birthday – got tested on my parent’s 80th wedding anniversary. Exactly on these historic dates. Why? I hope never to know.

I missed “Green Aria: A Scent Opera” by Christophe Laudamiel (2009) in which two dozen scents were bobbled into the audience by transmitters to music; I didn’t get to play Spice Chess and Smell Chess designed by Takako Saito (1965) when I was able to distinguish asafetida (the black king) from nutmeg (rooks) and ginger (knights) from cinnamon (pawns) as well as the white queen (anise) from the black queen (cayenne); I didn’t get to smell the roasted coffee brewing at the Exposition Internationale du Surréalisme (1938) and now (perhaps) I never will, leaving me without a chair when the music stops.

“Through seven figures come sensations for a man; there is hearing for sounds, sight for the visible, nostril for smell, tongue for pleasant and unpleasant tastes, mouth for speech, body for touch, passages outwards and inwards for hot or cold breath. Through these come knowledge or lack of it.” 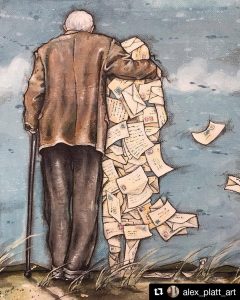 P.S. On 1 June I got retested for covid 19. This time, the result was negative. Thus: Am no longer infected. Unfortunately: Still can’t smell though doctor gives hope. More to follow.