May 5, 2020 By Alison Leslie Gold in Close Encounter 2 Comments 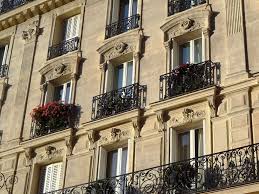 It’s hard to believe that twenty-eight years (on May 6th) have passed since Marlene Dietrich died in her own bed in the bedroom of her 4th floor apartment at 12 Avenue Montagne in Paris in which she spent the last ten years of her life in almost total seclusion. Irregardless, yesterday afternoon (May 3rd), three days before the anniversary of her passing, we visited each other for about ten minutes on zoom and clicked glasses in solidarity.

“Is it true you never laugh?” I wondered at the get-go.

“Would you have if you’d been me?”

I muttered that I was sorry, told her my father had also died, but I was sixty-three when it happened and had been more prepared. She added that, later, her step-father also died, was killed in the war, on Germany’s side.

I thought it a good idea to underscore how different Germany had become, that it’s present leader was capable, dynamo, a woman named Angela who … but I was interrupted again when she murmured in a voice so sorrowful, I almost choked up, “The tears I have cried over Germany have dried. I have washed my face.”

I wished I could say the same about Trump’s America, but couldn’t since tears hadn’t stopped streaming down my face for the past three years, even for a day, though I often wet and washed them away. She warned that J. Edgar Hoover was probably listening in.

“He considers me a spy … and probably you too.”

I informed her that Hoover was dead. She took a deep, deep breath, released it, warbled … if you hold my hand and sit real still … you can hear the grass as it grows.

I would have happily held her hand but (alas) zoom didn’t offer a technique to do so. Nonetheless, she wooed me further, … a fat pink cloud hangs over the hill … unfoldin’ like a rose … it’s a hazy afternoon … and I know a place that’s quiet, ‘cept for daisies running riot … and there’s no one passing by it to see … come spend this lazy afternoon with me.

Without doubt, I was willing. I wondered out loud as to what was in the frosted stem glass she she’d had raised up to her famous mouth. She said she’d forgotten its name, but in it was a mix of orange Curaçao, Angostura bitters, Canadian whiskey … generous quantities of … was perfect for … a lazy afternoon … in the meadow cows are sleepin’ … and the speckled trout stop leapin’ up stream …

How right she was. A balmy, lazy drink I remembered sipping, savoring long ago. “It’s called an Old Fashioned … delicious, a sledge-hammer too …” 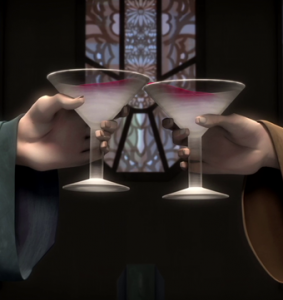 “Club soda. Ordinary club soda. Delicious, bubbling too.” I replied as we raised our glasses in a conspiratorial toast, clicking against the hard surface of our devices before exiting zoom.