Cap in hand in Arizona

In the same way that the source of the Nile River is Lake Victoria, I (by accident) stumbled on the source from where all clichés arise. Common places, banalities, platitudes, all matter of cliché bubble up gently in this location. How was I to know during a recent holiday after ordering huevos rancheros on Red Rock Drive in Sedona, Arizona (my companion chose a gigantic cinnamon roll covering an entire hand painted ceramic plate) that my tired feet and hands would be privileged to soak in a swirling bath of comforting clichés. I encountered “a point of no return” when I stepped “on the heals of” “another turn of the screw” which carried “awe and wonder” along for the ride. Shortly, a geyser-like “dose of salts” streamed “up my ally” and beyond. Each and every well-worn trope was “smooth to the touch” and always “slipped through my fingers.” One by one.

After a forkful of black beans blanketed by well-melted cheese smothered under piquant salsa I grew “happy as a clam” and more than willing to be led like “a horse to water.”  Near to our outdoor terrace rose red rocks, javelinas, gnarled cottonwood trees that were entangled in “all things that money can’t buy.” In that clear dry Arizona sunlight “I kid you not” bumped into “a horse to water” after which “never a dull moment” rear-ended “set the house in order” causing “never miss a meal” to veer, slide and finally slam against “a run for your money” head on. What a jam.

The enticing equinox of the familiar in counterpoint to the magical Sedona landscape (all underwritten by Mother Nature herself) freely offered “awe and amazement.”  Had I gone to Acapulco or Las Vegas or Sofia instead, I’d have missed “the quiet before the storm” cleaving to “kiss and make up” while “absence made the heart grow fonder” vigorously brillianteered “what doesn’t kill you makes you stronger.” This bubbling, churning lot rubbed “time heals all wounds” almost raw. I discerned neither a spring nor a glacier nor a marsh nor a lake as the well-spring from which the continueous cascade (torrent) flowed. Nor could I suss out any design guiding the entertaining parade.

All I know is what I witnessed, ankle height, hands and wrists dangling, at my breakfast estuary. It and me enroute toward “god knows where” roiling downhill (due to gravity’s rule) as “never a dull moment” clasped my hand lasting until each and every bromide “lost its luster” and I’d managed to “follow every footstep” as far as it took me.

Afterwards, depleted and full at the same time, I drove to the hotel to lie down and drink in the wondrous red rocks beyond the open balcony door.

Every runnel was a Rubicon
where every ditch was a last ditch.
Every man was ‘a grand wee mon’
whose every pitch was another sales pitch

now every boat was a burned boat.
Every cap was a cap in hand.
Every coat a trailed coat.
Every band was a gallant band

across the broken bridge
and broken ridge after broken ridge
where you couldn’t beat a stick with a big stick.

Every road was a straight up speed trap.
Every decision was a snap.
Every cut was a cut to the quick.

[“from “The Old Country” by Paul Muldoon] 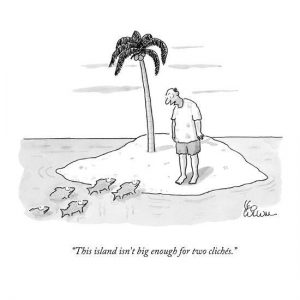