Feb 20, 2015 By Alison Leslie Gold in The Woman Who Brought Matisse Back From the Dead No Comments 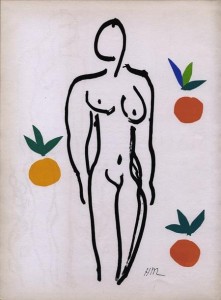 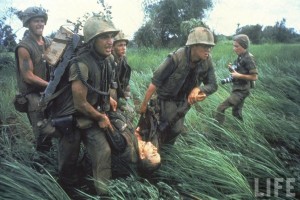 John and the driver helped Ben into the taxi. Alice gave the driver instructions on how to find the Yin and Yang Healing Arts Center in Chinatown. When the car pulled up at the curb, Alice went to the drug store to fill a prescription and John walked Ben into the building and into the windowless waiting room. Ben looked as if he would faint. Decorating the walls were framed photos of Vietnam – rice paddies, banyan trees, rice fields, small straw houses, a water buffalo and someone in a coolie hat pulling a plow. The photos showed a poetic, dreamlike place, not the Vietnam John remembered.

When the door of the examining room opened and Andy Warhol walked out, there was nowhere to hide. Andy was wearing a long black leather coat. Seeing John, he said, “I thought this place was my little secret?”

Andy looked terrible. Again John had the medic’s urge to do something to help. Ben stood up.

Andy looked blank. Alice walked into the waiting room with the pharmacy bag.

“Gee. Ben Goldwyn. I didn’t recognize you. That hat! Alice and Ben, Ben and Alice.”

“Thanks. I hate to think I look that bad.”

Ben took off his hat. Seeing the lesions on Ben’s face, Andy recoiled. As someone who had suffered all his life from skin eruptions, he bent and put his hand on Ben’s shoulder for a better look.

“Gosh. Your face is worse than mine ever was.”

He looked from Ben to John and back to Ben, then, in a bitchy tone, said to Alice, “Lucky you. If I ever have a show where I match up sets of cock and ball photos, I’ll think of the two of you.”

Alice took Ben’s arm. Wanting to neutralize the tension, she laughingly added, “How about a show of all the dicks you’ve drooled and jerked off over through the years, Andy? You’d need a gallery as big as the Met to fit them all in.”

Rather than being offended by her words, Andy was proud. The receptionist told Ben that the doctor was ready to see him. Leaving his coat, hat and scarf on the couch, Alice helped him into the treatment room.

Conspiratorially, Andy whispered to John, “I take it he doesn’t know I have Polaroids of your cock.”

“I didn’t know that Ben had skin problems.”

In a panic, he snapped at the receptionist, “I need disinfectant soap. I need to scrub my hands.”

John urged, “Andy … take care of your gall bladder. It can kill you if you don’t.”

“I was once a medic. I heard you were afraid of hospitals.”

“Don’t be stupid, you must get it removed. You really must ….”

John reached out and touched his bony shoulder. Andy recoiled.

“Fuck you too, then.” He shrugged and walked into the examining room where Ben was stretched out naked on the paper-covered examining table.

Wearing a bleached white coat a beautiful Vietnamese doctor stood beside him. She had ivory black hair, black eyes, was holding a chunk of glinting crystal over Ben’s face. John looked hard at the healer. Here was a Vietnamese who had survived the war. Which side had she been on? If she knew that John had been an American marine during the Vietnam War, what would she want to do to him? Ashamed, John turned away and studied the chart showing root herbs.

She held the glinting crystal above the lesions, moved it from purple lesion to lesion, from his face to his chest to his hips, thighs, groin, legs, feet. She told him to turn over and repeated what she had done on his back side.