The neighborhood is Chelsea. It’s become my home-base as well as a much-loved ‘nest’ in recent years. Chelsea’s been Ron Rutherford’s neighborhood since 1956 when his family left Miami and relocated here. When he was a boy he was particularly close to his Grandmother – a short, strict, smart Caribbean woman he refers to as ‘Grand Mama’ who ‘didn’t take any crap from anyone’ She passed away in 1976. ‘I still miss her.’ he admits over coffee at one of the local Greek coffee shops on 23rd Street. ‘Chelsea was very different when I first moved here. You could leave your door open then.’ The maternal side of Ron’s family originated in the West Indies; 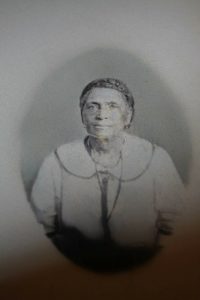 he was brought up both Baptist and Catholic. From early on he loved celebrating all the West Indian holidays but Thanksgiving was his favorite. He attended P.S. 33, J.H.S. 3, Louis D. Brandeis High School on 85th Street. Being practical, knowing he’d need to earn a living, he decided to go to a trade school to learn offset printing as well as air conditioner and refrigerator repair, including electrical wiring. He discovered he had a knack for taking apart automobile engines and shifted his focus toward mechanics, specializing in auto and motorcycle repair. ‘I was a fast learner and the boss took me under his wing.’ Ron excelled in this work, made good money and loved what he was doing. As a hobby he became an amateur ham radio operator. After a few years, he injured his back in an unfortunate accident at work and was no longer able to continue on as a mechanic. Being unsure of what he would do after such a setback, he worried. As it happened, while ruminating, his brother gave him an old computer – a 1995 IBM 8088. This early computer peaked his curiosity, tempting him to see if he could take it apart. He could. Once it was in pieces … ‘I got really curious’ …. and he began to rebuild it. This launched a period spent at computer shows inspecting all the new models and buying parts. He soon was able to take apart and rebuild both Mac computers and IBM’s, any and all. This adventure with computers became both a hobby and a source of income and with some of his first earnings he purchased something he’d been wanting all his life – a good camera. He bought himself a Canon and began taking photos. Later on he bought a Lenox by Panasonic and, eventually, realized what he liked best – a Canon 50 D, the camera he still uses – of which he comments: ‘A good camera is like a good woman. You’ve got to take good care of it.‘ Roaming our Chelsea Piers with his Canon he noticed the arrogance of its 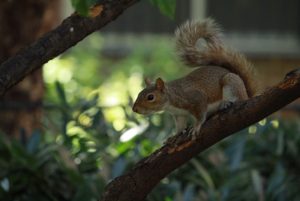 When invited by the tenants association of his apartment complex to take photos at its annual Family Day in July, he said he would. A few of these portraits follow: ‘I’m not much of a people person.’ Ron told me as I too sipped coffee across the table from him alongside our friend Robin Shea as I admired his portfolio of photographs – both human and animal. ‘You could have fooled me.’ I commented, knocked out by the warmth, beauty and joie de vivre of his human subjects. Ron Rutherford is my neighbor; he’s my friend; he’s a marvelous photographer whose work I would like to share. Have a look at a few of his photos and see what I mean. 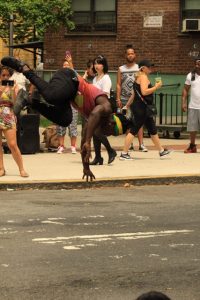 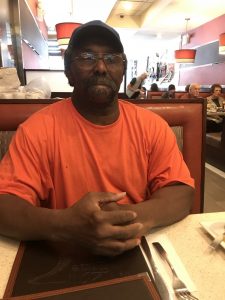