What was left behind

Twelve days after the death of Gustave Flaubert in May 1880, the official death seals were removed from his door and an inventory of the contents of his rooms was made. Here are a few of his possessions left behind:

In the bedroom on the first floor,

In the dining room,

a pocket watch in a gold case engraved with initials ‘GF’

In the study on the first floor,

Large round table in mahogany

One tiger skin, one lynx skin, one bear skin, white

Three paperknives, one with initials ‘GF’

Works of Walter Scott in 32 vols.

In a bookcase drawer – 2515 francs to cover funeral expenses, burial charges and other debts. (from Flaubert: A Life by Geoffrey Wall) 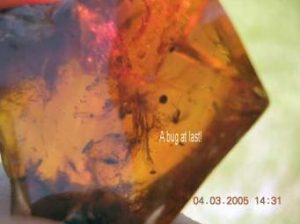 Left behind: Scientists, studying a massive accumulation of 20-million-year-old amber found in the Dominican Republic more than 50 years ago, have discovered a tiny fossilized grasshopper that is believed to have existed 18 million to 20 million years ago. (from 7/31/2014 – Int’l Business Times)

Homeland left behind: Today, in 1881, … five years after General George A. Custer’s infamous defeat at the Battle of Little Bighorn, Hunkpapa Teton Sioux leader Sitting Bull surrendered to the U.S. Army, which promises amnesty for him and his followers. Sitting Bull had been a major leader in the 1876 Sioux uprising that resulted in the death of Custer and 264 of his men at Little Bighorn. Pursued by the U.S. Army after the Indian victory, he escaped to Canada with his followers (https://www. history.com/this-day-in-history/sitting-bull-surrenders)

« Once upon a brand » Rescuing the rescuers