Jan 22, 2015 By Alison Leslie Gold in The Potato Eater No Comments

In our interview, Padric continued speaking

“Immediately I had ‘Homosexual, Degenerate, Cock Sucker’ stamped on my records so I was rarely in population with the rest of the men. I was kept in segregation with junkie queens, wino queens, booster queens, prick peddlers, drag queens and some men who just preferred to be in the homo block where they were adored and given sexual comfort. Life in segregation with those mad sissies was like being caged with a mass of mad, screaming peacocks.

“Sex was always instant and quick – you were ever-ready. I knew that the best way to a man’s heart in prison was through his prick or asshole, and learned quickly to have at least five husbands. It was smart to have a man in the kitchen because the food was so terrible – connections for sandwiches. A man in the laundry so I could look pretty. A man in the library so I could keep my culture and intellect high. A man in the hospital for little goodies like cold cream. Vaseline. Shampoo. A man working in one of the factories because he earned money – to have a Daddy with money. 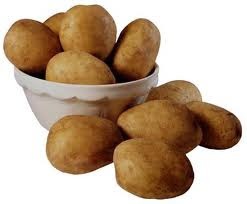 « Joining the soup and salad, here comes the lowly potato » Padric continues: Warning: This material is not for prudes