With Micah on Christmas

Your downy head against my cheek, your toasty bottom resting in the palm of my hand while your miniature fist surrounds my index finger all morning, all afternoon, until night falls face down across Los Angeles. Then, into evening. Awake. Asleep. Sometimes in between. A choo-choo train of gas toots, a tremulous sigh, your grip firm, unchanged as you’re introduced to an American baseball to which you show less than no interest. 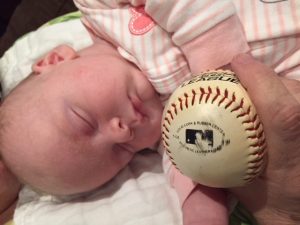 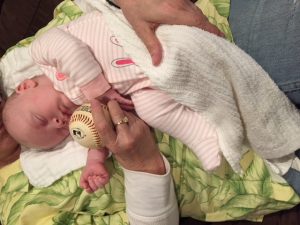 Los Angeles seems unchanged, the evocative smell of dry Eucalyptus at dusk sparks memories of the twenty-one years here during the prime of my life where I daily inhaled, savored that smell, this landscape, the ever-blue sky. 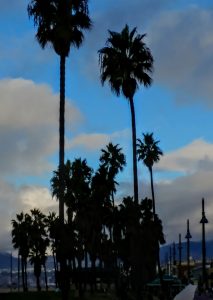 Am in California to meet Micah, am so much older, an Uber-user rather than car-renter. Have been giving Micah my undivided at the expense of old (and much missed) friends. I’ve strayed quite far from my prime onto a narrowing road, perhaps into a cul-de-sac, coffee cup in hand. For a while I could tap that “prime” on the shoulder but now it has grown out-of-reach.

Gelson’s lot is jammed, there’s Christmas Eve gridlock on the 405 as well as the 10. I’m hoping there’s such a thing as a savings account to hold these accumulated hours with Micah-in-Arms to draw on when I’m far away; also as he grows and changes.

Waiting at LAX for my red-eye, I overhear a pale red head (wearing reindeer antlers) speaking on a cell phone, explaining why she’s missed the earlier flight, blaming (I’m not kidding) Marc Calder and Alexander Chagall for a meeting that went on “way too long”. She says, “Tell Ali Vomit to bring my coat to Newark. Marc told me it’s 17° there.” Then she hangs up. A large family carrying CVS bag filled with wrapped boxes, squeeze in next to me. Their little girl – perhaps five years old – looks at me, says, “Hi Grandma.” and walks right over. Her mother starts to apologize, but I stop her before she starts, and let the little girl do a jigsaw puzzle on my iPad until the flight begins to load

Again I’m on a 777-300, packed in like a sad sardine. I make a withdrawal from my full Micah-in-Arms account and close my eyes. As soon as we’re at 37,000 feet the lights dim. It turns out to be the quickest flight west-to-east I’ve ever taken – under four hours – due to strong tailwinds. And how, the wind must have been strong because we land at 5:50 am in the dark instead of 6:50. A short while later, luggage in hand, wool scarf around my neck, wool watch cap pulled down over my ears, am seated on a bare-bones NJT train. It piddles toward Penn Station. Through the train’s dirty window, streaks of lemon-merangue have begun to peal through the night sky. Had my arm been long enough to touch the streaks with my fingertips, I’ve no doubt it would remind me of Micah’s sweet, thriving, alabaster cheek. 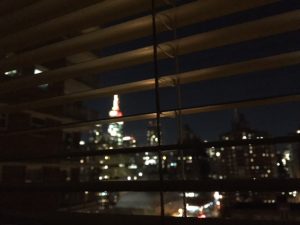