The Misreading of a Mishearing: a Translation Tale

Dec 5, 2017 By Alison Leslie Gold in Guest No Comments 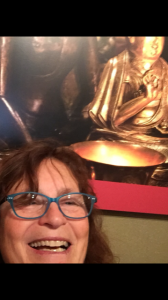 I met Suzanne Jill Levine (often called Jill) in Santa Barbara in the early 90s. Since then our paths have crossed many times – in Los Angeles, New York City, upstate New York at the charming Arbor B & B where we spent days doing a thousand piece jigsaw puzzle between savory meals conjured by the owner, Nancy Greenwald; once in Desert Hot Spring, California at Two Bunch Palms Spa and chatted/laughed while floating in a 97 degree thermal pool. (Accompanying photo of Jill was taken while drinking coffee/laughing together at the Rubin Museum in Chelsea as golden Buddha looks elsewhere with indifference.) My friend is a fun-loving, comely, erudite woman with a well-stocked brain. Her cv is as thick as Under the Volcano. She’s a noted translator of the Latin American boom writers and author of the literary biography Manuel Puig and the Spider Woman: His Life and Fictions (FSG), and The Subversive Scribe:Translating Latin American Fiction (Dalkey Archive Press); has translated Jorge Luis Borges, Manuel Puig, Guillermo Cabrera Infante, Adolfo Bioy Casares, among others. Her latest translation is Eduardo Lalo’s Uselessness (University of Chicago Press, Fall 2017) – highly recommended for anyone who has been touched by the disquieting passion of Paris. Uselessness: A Novel  is a stirring saga. Following, Jill’s ‘translators tale’  – not for prudes. Note the saucy, irreverent sensibility. A few of the reasons I enjoy her company:

The Misreading of a Mishearing: a Translation Tale

In 1970 something, the famous writer V.S. Naipaul, greatly admired by Roberto Bolaño and considered by many one of the most accomplished stylists of the English language, was writing his book on Evita Peron, and had penned an extensive chronicle in the NYRB on the subject of his research visits to Buenos Aires. The luminous Trinidadian spoke with some pride of immersing himself in the local and literary scene, acquiring a command of Argentine Spanish. Among his achievements during that trip, he visited and interviewed the mythic Borges, whom many a foreign literary emissary in those now distant years journeyed to the Southern Cone to meet or at least glimpse.

The jewel of local wisdom Naipaul dug up on the occasion (which produced a guffaw or two among rioplatense friends of mine in New York) was a bit of jargon concerning Argentine sexual mores. In a bar, listening to a couple of men brag about sexual exploits, and then carping censoriously on the well-known Argentine fascination with sodomy—not homosexuality he meant, but rather the practice of men sodomizing women—Naipaul made a bugger of a blooper. I am reminded of this now distant faux pas by my recent reading of yet another posthumous plum from Roberto Bolaño’s bottomless hard drive, The Secret of Evil (2011), a slim volume of unfinished essays (or an unfinished volume of slim essays) translated elegantly by Chris Andrews and Natasha Wimmer. The particular pages to note are pp. 38-41 (New Directions, 2012).

Here Bolaño revisits his much-admired Naipaul’s anecdote in an essay titled “Scholars of Sodom” insisting that homosexuality (only fleetingly if at all mentioned by the reticent Naipaul) was not festering under the macho obsession with anal sex, that Naipaul was reflecting, rather, on the violence of those barbaric Italian and Spanish Mediterranean sheep-fornicating ancestors that had produced Argentina’s population of men who would brag to each other about “taking her up the ass.” What surprises me now is that Bolaño (and his translators) didn’t realize the slip-up. How did this erroneous translation of eavesdropping occur in which Naipaul claimed he heard the words “La tuve por el culo”?—one can only assume that he didn’t realize such words would have meant the speaker had been sodomized (something most heterosexuals then or now wouldn’t brag about either in a bar or a boudoir) or in Anglo-Saxon, “I had it up the ass.” Bolaño’s attempt to rescue his hero however strangely failed as he too, incredibly, seemed weak on his Argentine Spanish. And, whether unconsciously or ingenuously, Naipaul did introduce homophobia (or philia) into this Argentine tale, thinking one of the journalists he overhears said “I had” in English, thus translating literally what he thought he heard into “Tuve” but not what evidently had been uttered by an Argentine, that is, “Se la meti por el culo” which would have meant, correctly, that “I had her up the ass”.

Of course all this is only a translator’s guess or maybe gas. But I just can’t help thinking that even the clever Bol-año—whose name contains “ball” and “anus” if not spelled with the correct diacritic mark as in his fictional avatar “Belano” which translates as “beautiful asshole”–lost his way in a machista labyrinth of forking tongues.

As a monoglot, I take all this on faith, digesting Jill’s anecdotal essay, but passing no comments. Only, at some point, perhaps, irrepressible gas. 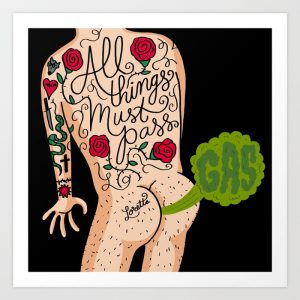