There’s a splinter sunk in the spongy bottom of my foot – in front of the Medial Plantar area, close to the Pointer Toe. Trusted others have been asked to help remove it but excuses spray like mist; my plea refused. Whatever this splinter is – glass shiver, wood sliver, ceramic chip – it hurts in step, out of step, especially barefoot. Never underestimate the power of a splinter. I’d best wait for Androcles. 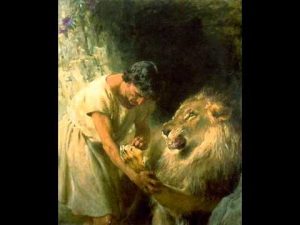 A slave named Androcles once escaped from his master and fled to the forest. As he was wandering about there he came upon a lion lying down moaning and groaning. At first he turned to flee, but finding that the lion did not pursue him, he turned back and went up to him. As he came near, the lion put out his paw, which was all swollen and bleeding, and Androcles found that a huge thorn had got into it, and was causing all the pain. He pulled out the thorn and bound up the paw of the lion, who was soon able to rise and lick the hand of Androcles like a dog. Then the lion took Androcles to his cave, and every day used to bring him meat from which to live.

But shortly afterwards both Androcles and the lion were captured, and the slave was sentenced to be thrown to the lion, after the latter had been kept without food for several days.

The emperor and all his court came to see the spectacle, and Androcles was led out into the middle of the arena. Soon the lion was let loose from his den, and rushed bounding and roaring towards his victim. But as soon as he came near to Androcles he recognized his friend, and fawned upon him, and licked his hands like a friendly dog.

The emperor, surprised at this, summoned Androcles to him, who told him the whole story. Whereupon the slave was pardoned and freed, and the lion let loose to his native forest.

Moral: Gratitude is the sign of a noble soul.

[Source: The Fables of Æsop, selected, told anew, and their history traced by Joseph Jacobs 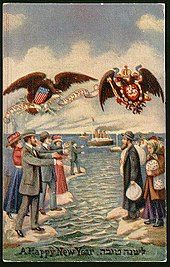 Stormy torrent in his chest, gassy reflux gurgling in his gut, the tempest tapered off and soft light suffused into twilight. Ira dropped the red ball back into his KLM bag while side-stepping Vigilante when she flew through the air. Her inky eyes were immune to static electricity, partial to oboes and can openers that pierced indigo tin labels, oblivious to draconian door-slamming. Vera’s filigree face was grave, she admitted, Terrible indigestion. Swallowed flies. Feet swollen. I played Schubert before I was ten.

She sat on the chintz chair.

She air kissed, up to her wrists in bacteria.

No Great Dane for my son. Clover and grass stains on his red corduroy overalls, you get them out. You, my dear husband hated basil. Try cooking without basil for sixty years. Where’s my cane, Bubbie?

Percussively, Eli hollered, What cane? Stop with the cane bullshit.

You’re faultless and I’m no Medea. I can’t joke?

She swatted ethereal green flies bruising their exotic plumage. Eli emulated the rapture, tossed his head against the corrugated iron bedpost. He was an old centurion twisting the flounced duvet. He craned his neck in the direction of Vera’s sightline though Vera’s eyes were ensnared by his son, captivated by his primitive foot as it pressed into the boot. When his foot disappeared, she moved her panicky gaze onto Eli, demanded insistently, Do something.

The boots felt tight. He swallowed chuckles, had inoculated himself with Salvationist ruses. After ignoring uncombed hair, he changed his mind and smoothed it with his palm, clockwise around the soft scalp. He folded a clean undershirt.

Don’t laugh, Pa, she’s not pregnant. Should I water your geraniums before I go, Ma? Should I tighten the clothesline between the two birch trees, Ma?

Use your brain, Vera snapped by way of reply.

Does she look like a chaplain? Eli asked, scattering the same flies for the fifth time.

With each gesture, the flies advanced, retreated, advanced. Eli reached for Vera’s humped back, palpated the pocket between her shoulder blades, the periwinkle cloth. He studied her hair, when washed it was like springy cashmere. Her hair produced enough current to charge Eli’s nerve ends. Her frog hands had the feel of felt. Vera puckered her lips while Ira played an uneasy second fiddle.

Without hindsight, Ira cadged a feel of his crotch. What had it been like? Since he lacked concrete memory to detail much of his unsensational childhood, he wasn’t sure.

Are you against euthanasia, Pa? he asked.

Is it allowed here? I didn’t think it was, his father replied.

Vera’s green turban covered her hair. In his spruce suit (a dry-cleaned scarecrow) Eli squeezed vermilion onto his palette while they waited, stricken. He contemplated the comestibles that Ira had assembled on the wicker tray – kiwi fruit, cheese chunks, round whole wheat crackers, tepid fetishes. Ira was spruced up for the farewell. His nose silted up. He hadn’t learned how to prepare paschal roast lamb or singing trout. Vera assuaged him, uttered, Try the cheese, though she was engrossed in fastening earrings.

I did try the cheese. What I believed were tepid fetishes weren’t tepid at all, tasted of bitter lemon. I pulled a soft pillow from the braided, unfussy Challah and it soothed my mouth. Meanwhile: Am stretched out on the couch while a helicopter stutters above the building, The sun has almost set, tender mauve and lavender and pink leak across the southwest sky. None of us are strangers to long waits. Thanks: but I’m not in any hurry. There’s a good chance Androcles will turn up before Halloween. 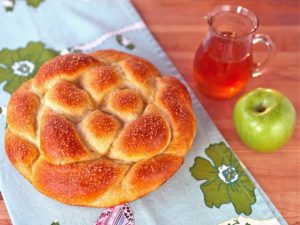 « Narrow no more » Journey inside a terrarium