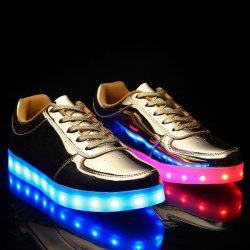 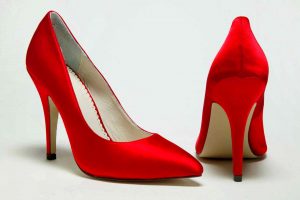 Yesterday, while being fitted for a good pair of (expensive) shoes to wear while traveling between approaching book events, I discovered (to my horror) that (unbeknown to me) I’ve been wearing the wrong size along with the wrong width of shoe for a very long time. OMG! At one time: my foot was so narrow, my mother couldn’t find shoes to fit me. Once: I could walk (and swim) any distance without tiring or grimacing. But: in recent years, my feet begin to ache after a slog. A well-dressed shoe salesman (who resembled Don Draper in Mad Men) likened such a lavish expense to a car needing new tires. Think of yourself as a car. You’d buy new tires for your car, wouldn’t you?

He leaned over and guided my shoeless right foot onto a shiny aluminum Brannock Device (yes, that’s it’s name) and then the left foot. His smell of Calvin Klein’s CK improved my mood. After measuring length, width, shape two times, he unbent, sat up. Our eyes met – his dark brown eyes locked to my even darker eyes.

I inquired, What size? He gave me numbers, added that R was half a size smaller than L. Width? I wondered, though I imagined I already knew. Wide! he replied. Wide? Impossible! He slipped my foot back into the device, adjusted the sliding width-measurer. Indeed my feet had become w*i*d*e, flat-ish, bumpy. Well I’ll be damned, I said out loud. A Patsy Cline song comes to mind:

I’ve been so wrong forrrrrrrr so long!

Along the way, as with my shoe width, I’ve swallowed many spiders in order to catch various flies. Sometimes I’ve had success; sometimes not. For no reason at all I’m reminded of an incident from my book Love in the Second Act  set in Act II, Scene VI:

At some moment midway on a flight to Paris, there is a sudden rolling and a surging. I grip the armrests in fear; the woolly-haired (with the face of a crocodile) man next to me, who’s been squeezing slices of lime into his drinks, reacts with merriment. We’ve been discussing favorite films from our youths— Splendor in the Grass, Elmer Gantry, Last Picture Show, Annie Hall, The Sting. He tells me that the very favorite film of his adolescence had once been Ingmar Bergman’s Wild Strawberries.
“Did you ever see it? You might be a little too young.“
“I saw it.”
“Do you remember the part when the Swedish doctor looks at the clock?”
“I’m not sure.”
“It’s a large clock, a clock in the center of a town. He’s walking through the town, looks at the clock and sees that the clock has no hands.”
“Vaguely.”
“I hadn’t seen it in years. A few weeks ago I rented it and watched it with my daughter who’s in high school.”
“Did she like it?”
“She said she thought it was cool.”
“Did you like it?”
“Not in the same way I liked it when I first saw it.”
“Was it dated?”
“Not really. It was awfully slow. The doctor’s daughter is very stiff. And the doctor …” he laughs. “I remembered him as an old man. But, seeing it now, I saw that he wasn’t old at all. He was about the same age as me. In many ways it seemed like a movie I’d never seen. It was as if I was seeing it for the very first time. Eventually the turbulence calms and I doze. Though most of the shades are drawn in order for people to sleep or watch the film being shown, ours hasn’t been completely pulled, and when I wake I can see the milky light in the sky that means it’s morning in Paris. I open the book of poems by Philip Larkin that I’ve brought to read. Just after they announce the beginning of our descent into Charles de Gaulle Airport, I read and mark a poem called “Faith Healing.”

In everyone there sleeps
A sense of life lived according to love.
To some it means the difference they could make
By loving others, but across most it sweeps
As all they might have done had they been loved.

I plan to begin my coming book event by discussing Larkin’s poem, but, as it turns out, I don’t.

Walking down Park Avenue South in my expensive new shoes, my balance is better, my feet begin to sing. Calvin Klein’s scent lingers in the happy limbic lobe of my brain. I’m delighted that Don Draper has guided my feet into a new foundation. Now I’ll be able to tie my spine to the center of the earth. 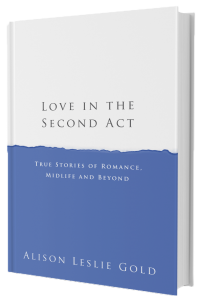 « Khodasevich on a cool September night » Waiting for Androcles