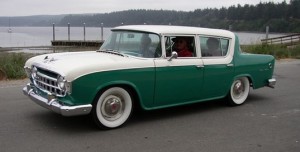 Early one sunday morning in the middle of the 1950s, my parents piled us kids (there were three of us at the time) into the back seat of our second hand two-tone green and white Nash Rambler. We set off for Jones Beach. A small mountain of Tuna salad sandwiches had been prepared and wrapped with wax paper; carrots had been pealed and cut into sticks, also wrapped, along with sticks of cut celery. A box of cream-filled Hydrox cookies had been tossed in with the rest along with a bundle of white paper napkins. Oh and paper cups. Of course my father drove while my mother, regally beside him, rolled up a section of the NYTimes so as to bat us into submission if we either touched the food bag or began fighting with each other.

My father’s dark hair was cut in crew-cut style, stood straight up from his scalp, while my mother’s (also dark) hair was shaped into what was called a ‘pixie’ cut – short, wispy, choppy – causing her to be likened to the singer Keely Smith. (‘That Old Black Magic’ with Louis Prima.) Both my parents wore eye glasses with clear frames. I hoped someday I too would wear eye glasses. They liked getting an early start, so we were well along on our journey by seven. The road was almost deserted. My older brother had just explained that the four seasons were named salt, pepper, mustard and vinegar and that, when the moon and the earth fought with each other, both high and low tides were the result. He was two-and-a-half years older, was learned, knew much I didn’t yet know, so I took whatever he told me as gospel.

My parents knew the route by rote, drove it often to spend a day at the beach, swim, read, while we kids dug for clamshells. During other seasons we also went to the beach. Rather than visiting the ocean, we’d roller skate, play archery or fish for coins that had been tossed into a shallow fountain for luck. I’m not sure if we were on the Meadowbrook State Parkway with it’s many cloverleaf interchanges, or on the softly looping Northern State Parkway, when – up ahead, beneath an underpass – we encountered a police car parked, its spinning roof light blinking red. A uniformed policeman was indicating with his arms that we were to either stop or slow down – I no longer remember which. Of course my father put his foot on the brake.

Ahead of us, upside down, lay a car much like ours, but cream-colored. The tires were still but we saw small blades of a turbine or rotor lazily rotating in the front of the underbelly. On the tarmac beside the overturned car, was a torso shape and head covered over with a brown blanket. Creased trousers legs and brown shoe-wearing feet were left sticking out.

My father steered our car toward the lane into which the policeman motioned us, inching foreword. I held my breath in fear that our car might run over and crush the fallen tomatoes and didn’t take a breath until we’d passed the site and were picking up speed. As far as I could tell, my father hadn’t squashed even one lonely, still-edible tomato cast plumply in the road. 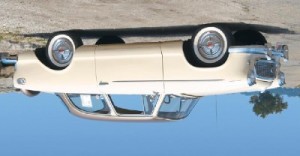 In the late 1960s, I traveled from New York to Southampton, England on the old Queen Elizabeth with my small son. Each afternoon, after lunch, I’d drop him at the children’s playroom in Cabin Class where staff would look after and play games with him for a few hours so I could … could what? What was it I’d do for those childless hours? I’d drink golden, anise-flavored Galliano at an empty, deco-style bar, or would wander the wooden decks, stopping to watch natty passengers playing shuffleboard. A few times I even played a game or three – pushing the weighted yellow (or black) disc along the polished wood with the long cue, heaving it forward to slide into a marked space without touching the frame in order to built up a score. I was good at sports at the time. 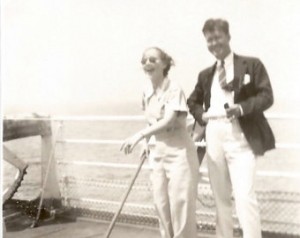 Later, after I’d fetched my son, he’d regale me with whatever he’d done, or a riddle he’d learned. What is a turbine? he querried, suppressing a giggle. I don’t know, I confessed. He made me wait, said, Think! or, Try to guess! and when I came up with nothing, he splashed me with his bubbling boy’s voice, informing me, “It’s something an Arab or a Sheik wears on his head. Then he laughed so hard, tears filled his eyes.

If I remember correctly, he repeated this riddle countless times during the next four seasons. He repeated it during an unseasonably cool salt while we were at the Crofton Hotel, Queensgate, London. In early pepper, after moving on to the Hotel Alexandre on Hans Christian Anderson Boulevard in Copenhagen, he continued retelling his joke. Over and over again, he hadn’t wearied of the Arab or Sheik. And still hadn’t, through much of the following rather mild mustard we spent living outside of Copenhagen at Pension Patricia, on Strandvegen, near to the Kings Deer Park. There, on a brightish day, from a slip of sandy shore, Sweden was visible.

I was considering a return to New York around the time damp vinegar was nearing its conclusion. We had begun dreaming of and discussing sunny salt-time, imagining trips to the beach, clambakes too. About that time he added a new riddle to his repertoire. He first told it to me on a white ferry going from Stockholm to Helsinki. I thought the name of the ferry – ‘Bore’ – was hilarious, had begged for extra cobalt-blue plastic carrying bags with ‘Bore’ imprinted in bright yellow from a duty free shop as souvenirs. My son let me know that he didn’t think a ferry named ‘Bore’ was at all humorous. It was possible he hadn’t yet learned the word, or, on principle, preferred being the joke-teller while I remain the joke-tell-ee.

During that entire dark day the wind whipped, hissed. Looking over the railing toward Finland, I could see nothing through my tinted glasses, there was zero visibility. When evening came, we took seats at a blond dining table. This would be the final meal of the voyage, as we would dock quite early. After pondering the elegantly printed menu, we gave our choices to the waiter. It was then that he slyly inquired, What does the word ‘benign’ mean, mom? What, hon. I asked, and added, feeling the ship quiver, It’s not the earth or the moon for sure, there’s nothing benign about them tonight. He didn’t make me suffer too long, eyes aglow, he splat out, ‘Benign’ is what I’ll be after I’m eight. Get it ma? I get it, I answered, slapping my 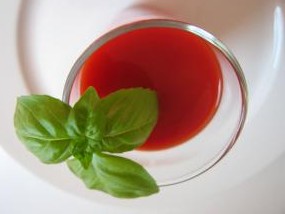 Then, a nasty quarrel broke out between the unseen moon and the sloshing sea-soaked earth because our ferry commenced to rock, creak, agitate. Soon our tomato juice cocktails (mine with a shot of vodka added, both garnished with sprigs of mint), were deposited in front of each of us by our waiter.

Before we could take a sup, the ‘Bore’ reared up. It seemed to pause in midair. I caught my breath. Time stood still.

A lifetime or a second might have passed before the ‘Bore’ flopped noisily against the surface of the sea jolting everything and us too. Forks, spoons, knives slid onto the floor, glass shakers filled with ground winter and coarse spring did too. Our juice-filled Waterford tumblers spewed over, tainted the crisp linen tablecloth with pulpy, red juice before crashing to the floor. The menus that were embossed with the Cunard Line logo also fluttered onto the roiling wood floor face down amidst fallen silver, bone China cups and broken saucers. To our surprise, our empty stemmed (also Waterford) schooners (meant for wine or beer), hadn’t cascaded off the table. Instead they’d tipped over onto the tablecloth and were rolling in red goo in circles . 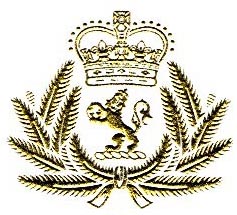