‘Attention must be paid’ so said Willy Loman’s wife

Jul 23, 2017 By Alison Leslie Gold in Elephant in the Living Room, Not Not a Jew, The Potato Eater, The Woman Who Brought Matisse Back From the Dead No Comments 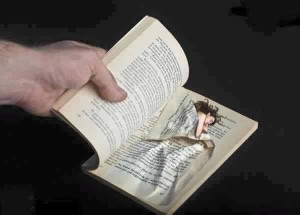 I’ve been neglecting my four most recent creations: A three year old, a two-and-a-half-year old, a two-year-old and a one-and-a-half year old. (Though all very recent, they represent fifteen years of  intensive on-and-off work.) They come to mind … but then I enshrine my time on other things. Time passes. I swallow hard and slap the side of my head; am reminded that Willy Loman’s wife Linda said of Willy, ‘Attention must be paid’.

Give a hand: Tell a friend! Order one or more as summer reading! Take to the beach! Take camping! Take on an airplane flight and leave for the stewardess to read when you depart! Buy two or three for bedside table! Order early for holiday/birthday/anniversary/wedding/retirement gifts! Again:  Attention must be paid!

Themes vary from: Matisse to Alcoholism to Jewish Identity to Gay Life in the 40’s and 50s and more.

Very soon a new book will be launched. Before that, let’s do read the others. Like you and me, Attention must be paid!

Nominations in the category of Most Neglected :

The raw true story of Padric, a gay hustler from the Bronx who spent 1941-1965 in and out of 20 prisons- paperback

Padric McGarry was the surviving twin born in 1925 to the unwed 15-year-old daughter of Irish immigrants. Raped at the age of 7 by an older boy, he learned early during his Bronx childhood to use his wits and good looks to hustle and steal at every opportunity. He eventually did time in twenty prisons across the US, where McGarry improved his criminal skills and snatched moments of comfort with Miss Scarlet and other queens in the “Homo Blocks.” The Potato Eater is an unsentimental biography that offers a stark, unembroidered view of the intersection of gay and prison cultures. For this unapologetic and often darkly comical account of a rootless life at the bottom of the heap, award-winning author Alison Leslie Gold drew on interviews she made with McGarry in the 1970s, as well as his letters and his own notes. McGarry died, with two years of sobriety, in a halfway house in San Diego in 1982. From an audio tape made in 1977 in New York City: “I was 16 when I was arrested for corrupting the morals of soldiers and sailors, blocking a public doorway, and disturbing the peace. In prison I began to grow up and learn. I learned how to pick pockets, how to open five kinds of safes, how to forge checks, how to work second story, how to boost. We’d practice there. I learned all the necessary things to spend 20 more years in different prisons. Riker’s Island was my Junior High School. Sing Sing and Dannemora State were my High Schools. The chain gang and Leavenworth were my colleges. Immediately I had ‘Homosexual, Degenerate, Cock Sucker’ stamped on my records so I was rarely in population with the rest of the men. I was kept in segregation with junkie queens, wino queens, booster queens, prick peddlers, drag queens and some men who just preferred to be in the homo block where they were adored and given sexual comfort. Life in segregation with those mad sissies was like being caged with a mass of mad, screaming peacocks.”

Not Not a Jew, a novella in verst

In 1930s Berlin, Eli G. is an abstracted young Jewish painter addled by Marxist idealism and tangled memories of his mother and the shtetl. Longing to move to Paris, Eli feverishly paints maps and watches the baby while his wife Vera gives up her ambition of becoming a doctor and works as an accountant. This is where Not Not a Jew – A Novella in Verst, by Alison Leslie Gold, begins, wryly shadowing the life arcs of Eli, Vera, and their son Ira who are depicted in glistening kaleidoscopic shards. Although Ira tries to lose himself through sex, food, and restless travel, he returns to his parents to grapple with his birthright as their lives are ending. In Not Not a Jew, internationally acclaimed Holocaust writer Alison Leslie Gold presents a boldly surrealistic novella that explores Jewish identity, rootlessness, Diaspora and self-absorption in a century of upheaval and annihilation.

Elephant in the Living Room:

The story of a skateboarder, a missing dog and a family secret

Eleven-year-old Danielle Godot has her own room in a nice house near the beach, two devoted parents, a kid brother who is only occasionally a pain in the you-know-what, a parakeet, a rabbit and a loyal best friend who is as into skateboarding and animals as she is. What could possibly be wrong with this picture? In Elephant in the Living Room, authors Alison Leslie Gold and Darin Elliott show that even colossal problems can be invisible as long as no one wants to see them for what they are. Gutsy, tom-boyish, big-hearted Danielle loves her father fiercely. But she is embittered by the loss of her beloved mutt, Beckett, who disappeared as a result of one of her dad’s bouts of drinking-induced irresponsibility. What’s wrong with him? Are they all going crazy? Aimed at children from the ages of about 10 to 14, and all who are confounded by problem drinking, Elephant in the Living Room tells the story of how a good man’s slide into alcoholism damages the people who love him most, and how his family summons the courage to make themselves – and him – face up to it and get help. The narrative is leavened with Beckett’s clear-sighted and irreverent commentary and the book concludes with a list of resources for those whose lives are affected by alcoholism.

In The Woman Who Brought Matisse Back from the Dead, award-winning author of Anne Frank Remembered and The Devil’s Mistress, Alison Leslie Gold presents the life of nun-cum-artist’s model Claude Boule. Inspired by a true story and told in spare, evocative prose, this improbable, color-soaked life arc spans the art of Henri Matisse and Andy Warhol, a convent in 1930s Nice, wartime Lyon, postwar Paris, New York in the dazzling 60s on to millennium’s end. The Woman Who Brought Matisse Back from the Dead explores the abstruse relationship between artist and model: Who transfixes whom? The incidental, often travail-filled, life of Claude Boule – impenetrable and inscrutable – serves as a poignant foil for intimate views into the creative processes and behind-the-scenes life of one of the 20th century’s most momentous artists. The brash assemblage of The Woman Who Brought Matisse Back from the Dead also encompasses diverse uncelebrated but no less vividly tinctured people whose lives were touched – erotically, devoutly, unscrupulously and in other often unpredictable ways – by the model’s. 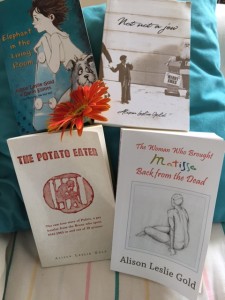 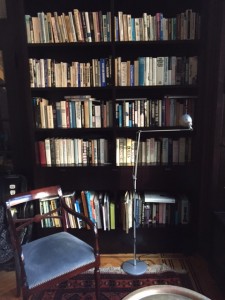 [All are available on Amazon as paperbacks and/or kindles

(except Elephant is by Alison and Darin Elliott)