In the dark, on the conch 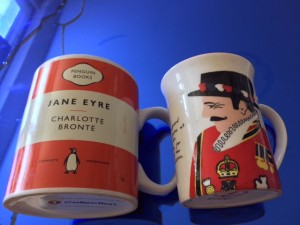 It was pitch black outside when we woke at four. I made coffee while my guest from Santa Fe dressed, finished packing. We sat together on the conch (couch) sipping from our mugs – mine was the Tower of London, my guest’s, Charlotte Bronte’s Jane Eyre. Fifteen minutes before the arranged appointment, the driver rang to say (in an almost indecipherable language) he was downstairs. Waiting. I told him we’d be down in ten minutes so we might sip and say our last bits and pieces.

I hoisted a canvas carry-on over my shoulder while my guest donned a dungaree jacket, pulled up the handle of the dark blue roll-away, followed me down my mirrored hallway, through the fireproof front door. The roll-away ker-plunked along the silent foyer, onto the elevator – ker-klunk, ker-klunk – rolled across the faux-marble lobby – rr-klunk, rr-klunk – into the dark along the cement sidewalk – gr-klunk, gr-klunk – to the curb. The street was deserted, eerily silent. The shiny black car had double-parked, its brake lights blinking. Seeing us, the driver popped the trunk, hurried out in order to lift my friend’s things into it and to opened the rear door saying something indeciferable. One final farewell before the door shut. Red tail, along with bright white headlight beams were activated as the noiseless car shot away, turned left onto an empty avenue. Was gone.

I was totally alone in darkness, on an empty, tree-lined street. The ker-klunk, ker-klunk made by small wheels on various surfaces had kindled a gush of memories – so many departures – pre-dawn – plunged onto dark, silent, deserted streets. dragging a suitcase behind me.

The early hour I left a Münhen pension, rolling my luggage five blocks along leafy sidewalks to the Hauptbahnhof, my heart racing with fear of the ghosts of long-ago.

The early hour I climbed down the tall stone steps as I left the Tempi Hotel in Monastiaki, Athens. It was four a.m, – boom-plunk, ker-dunk – my heavy case bumped along the irregular, ancient, cobbled, walking street. Deserted, of course. Reaching the Tower of the Winds, I turned onto Perikleous where I saw, with relief, idlers from the night lingering, laughing, embracing, still drunk.  I was anything but alone as I made my way to the Metro.

I once sat shivering on my suitcase under a sliver of moon among a clutch of travelers at the Port of Split, Croatia, sipping a bitter black coffee from a tiny plastic cup. The fishy waters of  the Adriatic Sea lapped in time to Neal Diamond’s ‘Sweet Caroline‘. (Have a listen and you’ll hear it too). How sweet the lulling music of Split sea-side. Soon a white ferry would un-melt out of the darkness to take me to Trieste (or was it Ancona?).

One time I tugged my suitcase through damp winter darkness along a narrow snow-covered (uncleared) street, beside a canal in Amsterdam. The wheels of the roll-away got stuck in deep patches of wet snow – sww-clunk, shy-slap – again and again, while fat snowflakes floated down, wetting my already cold cheeks.

Back upstairs on my conch (couch), still warm coffee remains. I can’t help but notice that, while I was gone, my conch produced a number of iridescent pearls. They lay in a cluster, cradled against a crease in the fabric. They’re warm to the touch when I clasp them, smooth in the palm of my hand. Dawn has begun to creep across the rooftops and water towers outside the window; the birds are waking and whistling to each other.

As the sky lightens, the pearls surfaces shimmer just as moiré silk or rippling water might. 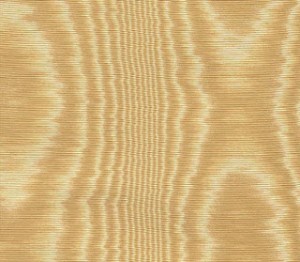 « the smell of young tomato vines » Waterfall in the right eye