After picking up a container of coffee with half-and-half, the dry cleaning, and finally, a roast turkey sandwich with raw onion, mayo and lettuce on a Kaiser roll, I lowered my head and pushed against the raw wind, hurrying home. I welcomed the dry heat filling the lobby of my building, as a chill had cut through me. The crooked man with Tourette’s sat in the lobby hissing, ‘Fucking Jews. Fucking niggers.’ When he saw me, he shut up and scrutinized his Daily News. He seemed to be afraid of me since I’d first heard him cursing out ‘Jews’ and ‘Niggers’ on 8th Avenue and, not knowing at the time that he lived in my building, I’d moved very close to him, narrowed my eyes and growled, ‘Someone’s going to kick the shit out of you someday.Creep.’

I was glad to unlock the door to my uneventful sanctuary on the twelfth floor. Everything I needed in life, I have including feet that are never cold. I need nothing, want nothing, can hardly believe my luck. I don’t know how much time I have left but am not concerned if it is less or more. I don’t mind the narrowing road either – bad eyes, thin skin, arthritic thumb. After eating my sandwich, I needed a lie-down. When replenished, I planned to drink my coffee and get back to work. Perhaps it was the soft tartan plaid (Clan MacLeod in polyester fleece) blanket gotten in Scotland and used on long train trips that set me off. 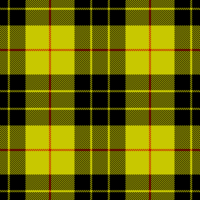 Perhaps it was the raw onion. Or no reason at all. But, wrapped in softness, I fell into a deep sleep and found myself in the long-ago, on a dazzling white beach, walking through a patch of poison Sumac. Barefoot. A wild steed galloped along the surf. I looked up and saw a small, white, low-flying plane passing overhead. Six naked bodies jumped in turn from the plane, purple and green silk parachutes breezed open. One by one they floated down and sank without splashing into the sea while low cruising sea-gulls passed shadows over the waves. I began walking away from the shore. Soon the poisoned vegetation thickened and opened onto a rocky garden surrounding a natural pool. I become aware of bursts of chatter and saw a clover-roofed house on which nudes were sunbathing while sprinklers filled the air with rainbows. A woman offered oysters on a platter. I took one, swallowed it whole, thanked the woman for whatever flavoring she’d added – fresh lemon, capers, something beguiling I couldn’t identify. She was pleased to be complimented. ‘It only takes imagination and slight-of-hand,’ she confided and moved off. I did too, ascending a ramp onto a deck that led into the expansive house. Despite a splinter of dry wood that pierced the heel of my foot, I was eager to look inside.

There were columns and tall expanses of glass through which the sea was visible. I joined a couple who were mixing and stirring chemicals, surrounded by apparatus – a burner, a retort, rare metals in antique jars and boxes. ‘Well?’ I asked the one reading from the recipe book. ‘We’ll see in a moment.’ ‘What ingredients are you using?’ ‘Ten parts of celestial slime.’ ‘Have you separated the male and female from each other?’ ‘Yes, and from their own earth. Additionally we’ve conjoined the parts in due hermetic vital proportions.’ ‘And what about the divining mirror?’ ‘The astrological moment is wrong…alas. So no.’ 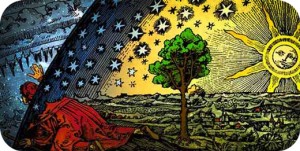 I’d rested my hand on the table and when I lifted it off it was crusted with copper filings mixed with mercury. Feeling restless, I didn’t wait to see the results, but went  back outside beyond the champagne drinkers and entered the orange and lemon orchard. Folks of all ages had wandered out too, some onto the beach to have a swim in the foaming surf.

I smelled the glory of orange and lemon, then walked as close as I could to the bubbling surge and sank down onto hard/soft sand. Something brushed my face and I realized I’d become entangled in a net that had been thrown over me. But by whom? And why? A youthful version of my fifth grade teacher, Mrs. Murphy, stood over me wearing the still familiar blue dotted Swiss shift she’d worn so often. She shook her finger at me, ‘How many times have I cautioned you about your impatience?’ I was struggling to remove the netting as it was long and twisted, an orange fishing net, smelling of old fish. ‘I know I’m impatient.’ I admitted. ‘This time it’s bitten you in the ass. What an opportunity you missed.’ ‘What did I miss?’ ‘The Elixir of Life … its been cooked it up and each of us were given a thimble-full to drink. Had you not wandered off, you’d have gotten yours and could have lived forever like I will. Will now.’ ‘But, Mrs. Murphy, I don’t really want to live forever. I’ve almost had enough, in fact.’ ‘Maybe you’d like to be beautiful then? Not that you’re unsightly … just that your looks don’t add up somehow.’

I watched a group of Sanderlings running in and out along the ebbing wave-edge and heard Mrs. Murphy say, ‘Have a look inside. Perhaps there’s a drop or two remaining  … It’s never a mistake to look as good as possible. Here,’ she held a child-size scissors out to me, ‘You’d best cut yourself out of that fishnet.’ 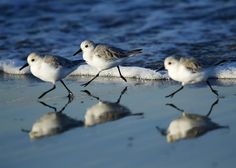 ‘Thanks,’ I replied and took the dull scissors from her chalky girlish hand and used it to saw at the salty twine. ‘But one question … can being beautiful be caused?’ I asked her. She answered but no longer spoke in a language I understood. I pretended to comprehend by nodding my head until my eyelids grew heavy and the monotony of meaningless mumbling caused my attention to wander. Against my courteous nature, she was no longer on my radar.

The chemist couple were gaily chattering as they tidied up, loading jars and vials of rare metals into a woven basket. ‘Can being beautiful be caused?’ I interrupted. ‘Didn’t you study philosophy?’ one answered. ‘Yes, at The New School for Social Research.’ ‘And what did your professor teach you about beauty? Think back.’ I willed myself to remember my professor, a German or Swiss, a refugee from Europe. I remembered the thick lenses in tortoise shell glasses frame that rose and fell on top of a swirl of dark hair where he’d left them while he’d pace up and down in front of the class. I conjured his accented voice suggesting I re-visit Heidegger and Socrates, Hume and Kant. “I’ve a question, Professor.’ I asked his apparition, ‘Can being beautiful be caused?’ Instead of the ponderous Old World reply I was expecting, a non-erudite, almost inaudible Andy Warhol-ish whine explained: ‘If being beautiful is to be caused it must be caused by being beautiful. Being non-beautiful cannot cause being beautiful because it is not. Being beautiful cannot be caused by being beautiful since it would have already to be in order to cause itself. Thus being beautiful is uncaused.’ ‘Oh.’ I responded. 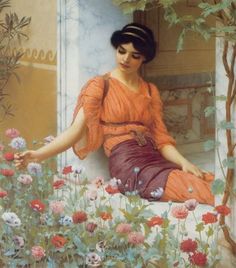 ‘You mean that being being beautiful is indivisible? That it’s immutable, uncaused, indestructible, indivisible…’ ‘Right. And, since things of sense are illusions, being beautiful is without beginning or end and is eternal.’ I’d gotten an answer. Not what I’d expected – should I laugh or cry? My attention returned to the couple who had finishing packing up their basket and were wiping up the last residues of copper filings and other powders left on the marble table with a puffy natural sponge.  One handed me a minute porcelain espresso cup in which a cardamon-scented liquid foamed. ‘We’ll stay until you knock it back. We saved you a bit of everything.’  They pinned me with four doe-like eyes.

Youthful Thomas Mann beckoned from the water’s edge, smiled, admiring my youth and beauty. I stopped playing my little flute and went toward him. In his hand a copy of The Magic Mountain; the same edition I’d read in college. He opened to a place marked with a postcard of California and read his own words: ‘”From Chapter – Snow. Here you are. ‘She sat with her feet in a depression of the rock, and played on a shepherd’s pipe, her eyes roving above the stops of her companions, as long, wide garments, smiling, with outstretched arms, alone, or in pairs swaying gently toward each other, they moved in the paces of the dance. Behind the flute player – she too was white-clad and her back was long and slender, laterally rounded by the movements of the arms – other maidens were sitting, or standing entwined to watch the dance, and quietly talking.’ He finished reading and looked up.

‘Any regrets?’ he asked. ‘Some.’ I answered. ‘What about you?’ ‘ I’ll read you another bit and let that answer your question.”Beyond them still young men were practicing archery. lovely and pleasant it was to see the older ones show the younger, curly-locked novices how to span the bow and take aim, draw them in and, laughing, support them staggering back from the push of the arrow as it leaped from the bow.’ He shut the book. ‘Need I say more?’ His phrase ‘push of the arrow‘ brought a quiver inside. How much I once loved his book. How without traction it had seemed to the later me when I’d re-read it though. Boyish Thomas Mann was waiting for an answer to his question. He did need to say more but I needed a strong coffee more than I needed to know whether or not he lived with regret. ‘I must awaken,’ I told him, ‘If I sleep too long in the afternoon it makes me feel sick. I’ve got coffee waiting. I’ve got work to do. My garden patch … two rose bushes … need watering. I’ve got everything I need and want. What do I need with beauty and youth? Don’t get me started on immortality … enough is enough.’ He opened the book again but didn’t read, only tapped the page with fingernails manicured the two-tone French way. ‘What makes you think you’re not awake now?’ he asked, ‘You look, smell, sound and …’ he touched my childish hand holding the flute, ‘… feel awake.’ Noticing my restlessness he patted my palm, then brushed off the copper filings mixed with mercury.

[detail from ‘The Woman of Amphissa’ byLawrence Alma-Tadema]