Now and then, deja vu

RUTLAND, Vt. — Ahmed Khatib and his wife, Mahasen, sat shoeless at the dining room table in a rambling two-story home here Friday, their three young children chattering and laughing as they pushed toy trucks and pored over coloring books.

The scene seemed wildly improbable only weeks ago. The Khatibs fled to Turkey from war-ravaged Syria more than four years ago, and they are among the first arrivals in a plan to relocate more than 100 refugees in Rutland over the coming year.

“I hope it will all be better,” Khatib said in Arabic through an interpreter. “Little by little, I’m making progress.”.
…On Friday, shortly before Khatib’s 5-year-old daughter saw her new school, President Trump signed an executive order that would bar Syrian refugees from the United States indefinitely. Immediately after the order was signed, refugees arriving at US airports were stopped and detained.

Khatib, a trim 37-year-old, smiled nervously when asked about Trump’s dark portrayal of the dangers posed by Muslim refugees.

“I think in every country, the views of the president are different from the views of the people,” Khatib said quietly. So far, he added, the Americans he has met have been “very nice and very helpful and welcoming.”

That has been soothing for a Muslim family traumatized by the fighting and the bombs that rained down on Aleppo, near the village where they lived until 2012. Khatib’s father and some cousins were killed in the fighting, and the family decided to flee to Turkey in a desperate effort to protect themselves.

They crossed the border safely but then languished in Turkey until round after round of intensive vetting — some by the CIA — finally deemed the family fit to enter the United States as refugees, Khatib said.

Ahmed Khatib said the family has received a warm and helpful welcome to Rutland. Ahmed had been a salesman for a jeweler in Syria and finished three years of university study in agricultural engineering. But in Turkey, he could find only odd jobs, and his refugee status transformed the family into outcasts.

“Refugee,” Ahmed said with a grimace. “I want to get rid of that name. I’ve suffered a lot from it.”

…Neither he nor his wife speaks English — a refugee resettlement agency is providing an interpreter — and jobs will have to wait until they have settled into an apartment, which is expected soon.

…“It’s disheartening,” Cheryl Hooker said as she waited to drive the Khatibs to the elementary school, where Dania, the 5-year-old, will begin kindergarten on Monday. “We were ready for the rest of the families.”

… Critics in Rutland have voiced fears about terrorist infiltration, echoing a concern that Trump voiced repeatedly during the campaign.

But Stacie Blake, an official with the national nonprofit agency that is shepherding refugees to Rutland, assailed that thinking.

“This idea that refugees are a threat is misinformed. We can have security and welcome refugees at the same time,” said Blake, who is director of government and community relations for the US Committee for Refugees and Immigrants. “This would be a complete disregard for our values as Americans.”

…Ahmed Khatib predicted that the war in Syria will not end soon, which means more destruction — and more refugees.

But on Friday, at least, smiles were plentiful. At Northwest Primary School, where Dania will join strangers who do not speak her language, a welcoming committee of teachers and staff escorted her to brightly colored classrooms, a snow-covered playground, and a gleaming gymnasium.

Madison Akin, the school counselor, crouched before Dania as the tour ended.

Dania looked into the counselor’s face, and her mouth spread wide in a beaming smile. 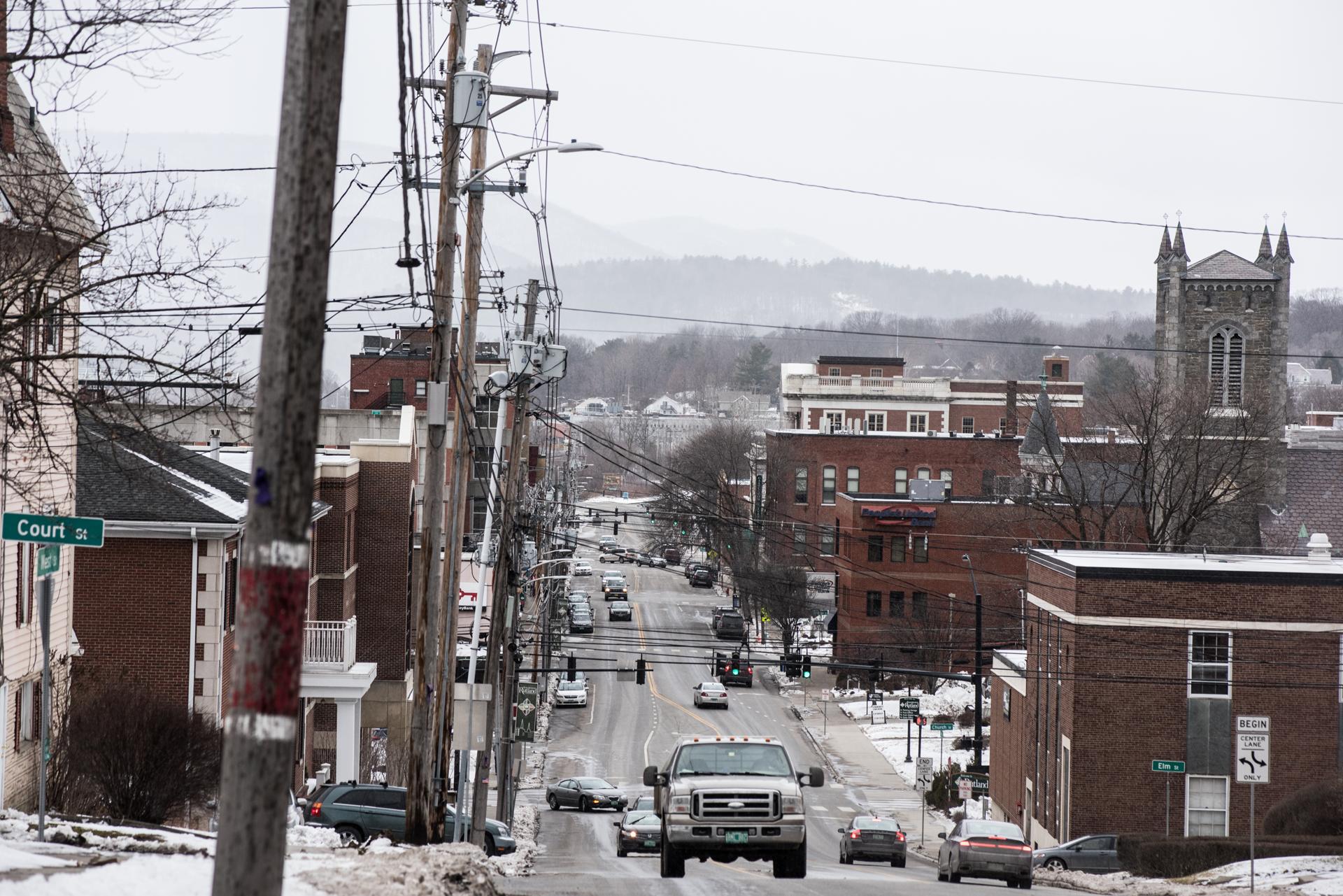 [photo by Ian Thomas Jansen-Lonnquist for the Boston Globe of Rutland, Vt.]

[Brian MacQuarrie can be reached at brian.macquarrie@globe.com.]- 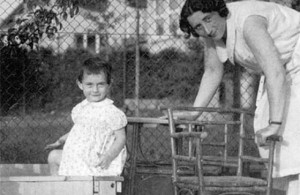 [Excerpt from imagined article from 1933]

Amsterdam, The Netherlands —  Businessman Otto Frank and his wife, Edith, have settled into their new apartment in South Amsterdam with their young daughters Margot, age 7 and Anne, age 4. The scene seemed wildly improbable only a few months ago. The Franks fled to the Netherlands from Germany and are among many arrivals who have relocated to Holland recently

“I hope it will all be better,” Mrs. Frank said in German. “Little by little, I’m making progress.”.
On Friday, shortly before the Frank’s 4-year-old daughter Anne saw her new school, Chancellar Hitler signed an executive order that would bar Jews  from taking large amounts of money from Germany. Immediately after the order was signed, refugees faced new difficulties.

Edith, a comely housewife, bit her lip when asked about Hitler’s dark portrayal of the dangers posed by Jewish refugees.

“I think in every country, the views of the leaders are different from the views of the people,” Mr. Frank, her calming husband, added quietly. “So far the Dutch people have been very helpful and welcoming.”

This welcome has been soothing for the Jewish family traumatized by needing to leave the country of their birth to which they and their families had resided for many generations. Mr. Frank fought with Germany in the First World War and been decorated for bravery.

Mrs. Frank and the girls left Frankfurt am Main with Mr. Frank but stopped in Aachen for several months with Mrs. Frank’s mother while Otto Frank went on to Amsterdam to find lodgings for his family and set up his business, including the hiring of employees. Among those hired, a young Dutch woman, originally from Austria, named Hermine Santroschitz whom everyone calls by the Dutch nickname Miep.

Along with working in the office (since the arrival of Mrs. Frank and the children) Miep and her tall, good-humored fiancé Jan Gies, a Dutchman who is a social worker with the City of Amsterdam, have been invited for coffee and cake on sundays by the Frank family along other Jewish refugees. The children call Miep and Jan – ‘Our new Dutch friends.’

[Photo:  Miep Gies and Jan Gies on their wedding day, photographed by a street photographer]

“Refugee,” Mrs. Frank said with a grimace. “I want to get rid of that name.”

Though Mr. Frank has started to learn the Dutch language, neither Mrs. Frank nor her daughters speaks it. All are making an effort to learn, especially the girls, who are quick learners.

Critics in the Netherlands have voiced fears about foreign infiltration, echoing the concern that Hitler voiced repeatedly since his election. There are new rumors that border controls may be enacted sometime soon to stop more Jews from fleeing Germany. But Holland has a reputation for tolerance and a history of welcoming outsiders, so many Dutch people have opened their hearts to the newcomers.

“This idea that refugees are a threat is misinformed.” one Dutch woman commented, “We can have security and welcome refugees at the same time, We cannot disregard our values as Dutch.”

Many predict that Hitler’s uncanny rise to power in Germany will not last long.

At the Montessori school in south Amsterdam where Anne will join neighborhood children, a welcoming committee of teachers and staff escorted her to brightly colored classroom.

Anne looked into the teacher’s face, and her mouth spread wide in a beaming smile.***

[[For more on the Frank family, their friends and their travails see: Anne Frank Remembered, The Story of the Woman who Helped to Hide the Frank Family by Miep Gies and me and Memories of Anne Frank, Reflections of a Childhood Friend]]