Jan 27, 2017 By Alison Leslie Gold in Fiet's Vase and Other Stories of Survival 4 Comments 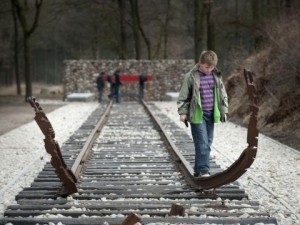 Is it better to remember or better to forget?  As I grow old, nature-enduced forgetfulness will make that decision for me. In small ways it’s already doing so and I really don’t mind. Though I’ve published many Holocaust-related books, I no longer read everything new that appears on the Shoah, WWII, Anne Frank, and no longer have my finger on that pulse from the past. (I don’t have the stomach for so much suffering and cruelty anymore.) Nonetheless, I can’t let Holocaust Remembrance Day (27 January) pass without lighting a candle and bowing my head. Following, an extract from my book Fiet’s Vase and Other Stories of Survival, Europe 1939-1945 from the section titled –

The Survival of Memory:

Once it was believed in Europe that there existed in the exotic and magical South Seas sponges from under the sea that had very special attributes. Information, sound, stories, music, life experience that was spoken in the presence of the sponge was somehow stored within it and would remain there. Later – it didn’t matter how much later – days or centuries later – when the sponge was squeezed, the stored memory could be released. Regardless of distortions of time, distance or space, the human memory would be preserved

Her husband, Stefan, had been deported to Auschwitz, her mother, Stefania, had been deported to Treblinka, Adina Blady Szwajger, a twenty-six-year-old pediatrician working in the children’s hospital in the Warsaw Ghetto with starving, disease-ridden children, was exhausted and soul-sick. She wrote in 1943:

TO OUR FRIENDS ACROSS THE SEA

You bury your face in your hands,

Ghosts beat at your windows and doors,

All your beloved ones have perished-

Finally, Warsaw was liberated by the Red Army on January 17, 1945. Adina put this and other poems she’d written away She began to work with the Main Committee of Polish Jews to find the few children who had been hidden with Aryan families during the war and who had survived.

After completing this work – in May of 1945 – she moved from Warsaw to the town of Lagiewniki, close to Lodz. She’d been offered a job and took it. The job was at a TB sanatorium, where she worked with Dr. Anna Margolis, who had known her when she had been head of the TB ward in the Bersohn and Bauman Hospital in the Warsaw Ghetto during the war. Adina immersed herself in her specialization, diseases of the chest, and eventually married Wladyslaw Swidowski, who, as Wik Slawski, a member of the Resistance, had become her lover late in the war. He had helped people from the Warsaw Ghetto – and Adina – escape through the sewers of the Old Town to the center of Warsaw during the infamous uprising of the Warsaw Ghetto. In those first years after the war, she studied, secured the medical diploma she’d never officially received because of the war and decided to specialize in TB in children. She would work exclusively with children, as she’d done during the war, from then on.

Having already put her wartime poems and all memory of war years away, Adina decided never to write or speak about those times. And she never did. She explains her thinking: “If I remained silent, I’d manage to forget at least some of it and be able to live like everybody else. Years were passing. I didn’t manage to forget but I still believed that I had the right to remain silent.” She stuck to her vow. Slowly the bombed-out ruins of Poland were cleared and rebuilding began, the sound of hammering could be heard, the smell of fresh paint permeated the air. Trolleys again ran through the streets, damaged historic buildings under- went the long process of restoration or were completely brought down; rubble was cleared. Street lamps were replaced and the streets were lit at night after years of darkness. Eventually, one could find toothbrushes and even sour cream in the shops. To be able to add a dollop of sour cream to beet soup or to the top of a potato pancake was an exquisite joy. Life – days, then years, then decades – took on a peaceful cadence.

Her work as a doctor continued. “Being a doctor sets you apart from normal life. It means that you always have to think of other people’s pain as though it is something more 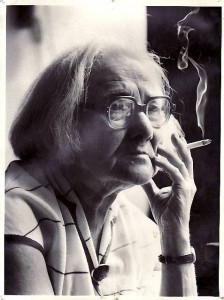 important than your own.” Work, the hospital, quiet home life, became a kind of parapet set apart from the world. Forty-three years – a lifetime – passed. At age seventy-one, Adina became very ill. She was taken to the hospital and put into a ward where she hovered between life and death. She was tired of life and had no fear of death. Although her body was wracked by illness, the thread of physical life continued to hold her to the world.

For a long time, lying in the ward, she was neither dead nor alive. During this nether time, the memories she’d tried to kill hovered. Suddenly she felt that she was “in the presence of the past.” Against her will, recollection and memory stirred. The image on a yellowed board that she’d painted in childhood came back to her. It was of her child’s room, of a potted amaryllis standing on a windowsill. She remembered the view of rooftops that could be seen through that window. The painting was one of the only remnants she’d been able to preserve from her past. She called the painting “A Fragment of a Dead World.” She remembered how she stood in a throng of people watching the conquering German army march along Krakowskie Przedmiescie Street, seeing the eyes of the conquerors that seemed to be made of ice. She remembers the taste of the half-pound of Pluto’s chocolate she and her mother frivolously bought that day with the last of their money. She recalled the presence of fear that had to be hidden. “But it was there, coiled up tight, like a spring in your stomach. It would sometimes awake and send a piercing, icy shiver through your whole body.” Images, fragments, scenes, gruesome memories of that time past returned. Unstoppable.

Weak as she was, lying in the hospital ward, dying in fact and not fighting against the abyss of death, Adina resisted the onslaught of memories but couldn’t any longer stop them. They first seeped into her mind, steeped themselves in the waking/sleeping, conscious/unconscious atmosphere. Finally, the poisonous snake of memory bit through her strong will, releasing its venom. “Another fear came over me. That I wouldn’t make it in time. That I wouldn’t repay the debt l owed to those times.” Suddenly, Adina feared that she would die without bearing witness to what she had seen; that her knowledge of the past would die with her. She called for a pen, for paper. “And I started to hurry. There, on a hospital bed, I started to write. Quick1y. To win the race against time.” Using the venomous memory as ink, though very late in life, she wrote a memoir that she titled I Remember Nothing More: The Warsaw Children’s Hospital and the Jewish Resistance, which she was able to complete and see published in 1988. Although infirm, aged and not long for the world, Adina built a monument to memory using words as mortar. She wrote in part:

There’s no trace, in this great, modern city, of what happened here. Yes, there is a monument. But not even a single fragment remains of the wall which separated one third of the residents from the rest: not a vestige of the stone desert which they made of the place where people lived, fought and died – people who had been there for a thousand years. Not a single burnt-down house from whose windows mothers had thrown their children and jumped after them.

Sometimes I walk through that new, modern neighborhood, along pavements which cover the bones of those who were burnt there. I look up at the sky, there where my house and all the other houses once stood. When I close my eyes, the streets become familiar again. A crowd of people – shadows – wander among the shadows of houses and, clearly, as if they were real, I hear the voices of children, crying in that other language: Hob rachmunes! Have mercy! … Sometimes I come to Sienna or Sliska Street. I look at the hospital gate, peer through the railings and see that the Paradise apple trees that used to blossom there have gone. The hospital does not bear the name it should … But I close my eyes. And the gate opens – the one on Sliska Street where once a homeless child had stripped naked – and all the people who have disappeared pass through it … There is the Head Doctor, in her white gown, doing her last rounds, and behind her the doctors, nurses and orderlies, then the administrator and Dr. Kroszczor, who carefully closes the gate behind him … I know that they’ve left everything as it should be and that Dola Keilson has swept all the floors … 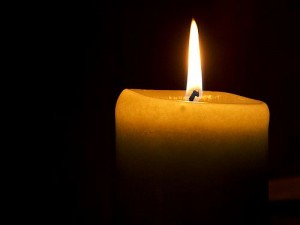