I asked my young friend Aylam Rosenthal to tell me about his and his mother (Johanne’s) journey to photograph wildlife in Finland a few years ago. Here’s what he told me:

The first thing we noticed when we stepped off the plane in Kuusamo* was how small the airport was; the check-in counters, security, and terminals were all in the same high ceilinged room. As we went to collect our suitcases from the minute luggage carousel, anticipation for our upcoming adventure began to build. My mom and I had been planning this trip for months, and now all our dreaming had become a reality. From Kuusamo we were going to be driven to a small lodge near the Russian border where we would spend 18 hours a day, every day for a week in a small wildlife hide (a camouflaged structure used to view wildlife). Since it was June, the midnight sun made for long stretches of time where animals could be watched. We were hoping to catch a glimpse of elusive bears, wolves, and wolverines. 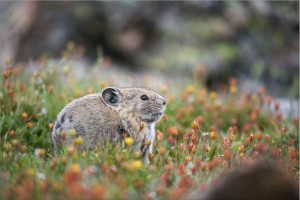 Since I was 13 I had been a serious amateur wildlife photographer. Living in Providence, R.I. and not content photographing squirrels and skunks meant that I had to travel in order to find good photography subjects. I was homeschooled by my parents, so I had the ability to travel during the school year. I had gone to Yellowstone, Glacier, Rocky Mountain National Park, and others, to photograph pikas, bears, and everything in between. This was the first time I had left the country to photograph wildlife, and damn I was excited for it.

As we stepped out into the humid summer air, we saw our driver. A weathered old Finnish man holding a sign that said “No English”. He helped us load our bags into his truck, and we were off!

After arriving at the lodge we got acquainted with the people who ran it. The owner was named Lassi, a 60 year old wildlife photographer of renown who managed the wildlife hides and lodge along with his wife and grown children. One of his kids, Anti, was to be our driver to and from the wildlife hides.

We packed our equipment into Anti’s truck, and set off for our first night in the woods. After he dropped us off we had a half mile hike to the hides. We walked through a small mossy path, winding it’s way through bog and forest. At one point I stepped in the wrong place, and fell knee deep into the bog, which caused my legs to get plastered in mud.
That night we had an awesome sighting of a brown bear, and my stoic, muddy suffering was made well worth. 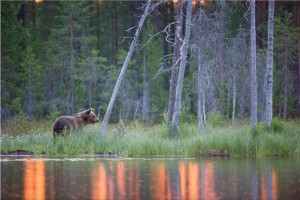 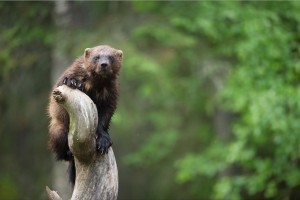 Our last night in Finland was Finnish Independence Day, also known as “National get shitfaced day”. That night the hide next to ours was occupied by Steve, a witty British wildlife photographer, and Lassi, the owner of the hides. The next morning we found out that they had been drinking beers and shots of cognac in the hide. Steve said “The photos I took looked sharp through the viewfinder, but were blurry when I looked at them afterwards”. Just another danger of mixing work and play, I guess.

That morning we packed our bags, were driven to the airport, and began our long trip back to Providence. This is where that story ends.

Our week in Finland was exhausting. The combination of jet lag, staying up to see wildlife, and the midnight sun screwing with our circadian rhythms left both of us incapable of doing anything productive for at least a week afterwards. I’m also convinced that we got more mosquito bites in that week than we will get in the rest of our lives combined.
Despite how draining it was, spending that time among different photographers from all around the world was incredible, and the photos and memories from that trip will last a lifetime.

I knew he was about to begin solo traveling, and asked for an update. Here’s what he told me: 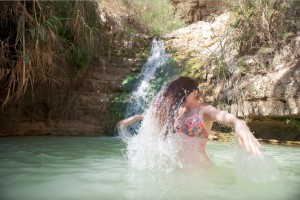 In June 2016 I started a business shooting events and portraits. After managing it for 2 months and seeing moderate success, I decided to leave it behind in order to travel. I’ve always wanted to travel alone. If I were to build a business over the next few years, it would be difficult for me to dissolve a more established business it in order to travel then. I can always come back to it later with more references and portfolio photos later on.

I decided on Israel for a few reasons. Firstly, my entire family on my dad’s side lives there, and some of them have been kind enough to let me stay with them. Even though I am going on this trip alone, it’ll be nice to have a support network.

In addition to that, I have never had a chance to explore and photograph any cities in the West Bank even though I have been to Israel many times. I know a few different people who are able to take me, and am excited to document and experience firsthand the conflict that we all hear so much about.

Exciting stuff but also a bit nervous-making.  Good luck Aylam, I’ll be following your travels. Here’s how to follow too –

[*Kuusamo: A town in northern Finland]

Center photos: Wolverine and Bear are both from Finland shoot.

Bottom: A portrait of my sister, Olivia, in the water during a family trip to Israel]]