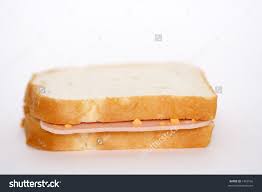 Her birth name wasn’t Cass nor Elliott but was Ellen Naomi Cohen from Baltimore whose grandparents, like mine, were Russian immigrants with old-world manners who spoke to us with heavy accents and among themselves in Yiddish. Tormented in childhood because she was overweight, Ellen went from being a plump child to a fat woman who loved men, music, also food. When she died word spread that she’d choked to death on the ham sandwich she’d been nibbling in bed. Indeed, a half-eaten ham sandwich was left on her bedside table, what more needed to be said. But, Mama Cass Elliott didn’t choke on that ham sandwich. She died, at age thirty-two, of a heart attack. Actual medical reports found no food caught in her throat nonetheless Mama Cass continues to be remembered as a life cut short because of a ham sandwich.

Yes, a good lawyer can indict a ham sandwich.

But there are ham sandwiches and ham sandwiches. One fondly remembered ham sandwich was eaten at age eight while riding solo for the first time on a train going from Penn Station in New York to 30th Street Station in Philadelphia where my Aunt Martha and Uncle Leon would be waiting. I wore a tag: CONDUCTOR: MAKE SURE SHE GETS OFF AT 30TH STREET STATION. THANKS. As a vendor in a white jacket and cap pushed a food cart down the aisle of the train, I became ravenous, signaled him to stop. What can I give you, Sunny? he asked, hurting my feelings, since (despite my short hair) I wasn’t a boy. That one. I pointed at the sandwich on top of a pile of others, narrowing my eyes. He handed it over and I handed him most of the “spending money” I’d been given. Once unwrapped from cardboard and cellophane, I saw that the ham sandwich came on dry white bread, contained unspread butter, was airless, had one neat slice of ham trimmed from crust to crust. It’s slices of bread could hardly be separated. It was delicious, unforgettable, each starchy bite took a while to chew giving my tastebuds ample time to experience the butter.

My next best ham sandwich cost next to nothing. It was sold from a kiosk on the Right Bank on the second afternoon of my first trip to Paris at nineteen. On a chewy baguette  lounged thin slices of moist. pink ham, sweet, soft, generously slathered butter, also brown Dijon mustard. (Or did I imagine the mustard?) On a counter at Galleries Lafayette I’d found a red leatherette floppy sun hat with a brim as protection against the outspoken French who seemed, until I pressed the hat over my head, intimidating. The sandwich was so delicious I ate another, seeing it with one eye as the hat drooped over the other. 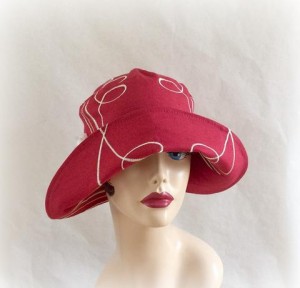 What did the hat say to the ham sandwich?

But, like ham sandwiches, there are hats and hats. And, like hats, there are dogs and dogs. As a child I was tormented by an unnamed family member who liked to “Sic!” a friends drooling ghostly-white dog on me. I think the dogs name was Whitey or Ghost. Cynophobia “dogged” me (as it did James Joyce and Michael Jackson) for the next fifty years made even worse when a dog leapt, or licked, or sniffed. As I’d back away in terror, arm raised to ward off an attack since teeth had been bared, it’s owner usually said, Oh. He’s just being friendly He/she wouldn’t hurt a ham sandwich. It was awful. 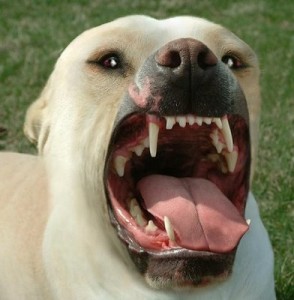 A few years ago, though, there was Merlot, an elegant Alsatian who took me on many meandering walks (with its owner, now sadly dead) through a vineyard in southeastern France on the slopes of the Pyrenees, cynophobia lessened. Also, while accompanying another friend who loved dogs on various missions, because he stopped for every dog we passed anywhere to give it a cuddle, to smell its ears (his favorite smell), my fear faded altogether and affection and appreciation took its place. Then, lest I be fear free, aerophobia visited one dark night while flying high over Chicago.

What do you get if you cross a dog and an airplane?

A ham sandwich on a kaiser roll, Bora. Mustard, lettuce, raw onion. Yes, slice it in two. Hold the pickle.

They make up everything.

« Anne Frank was arrested on this day in 1944 » Pardon me, Roy, is that the cat that chewed your new shoes?