Jul 26, 2016 By Alison Leslie Gold in Clairvoyant, The Imagined Life of Lucia Joyce No Comments 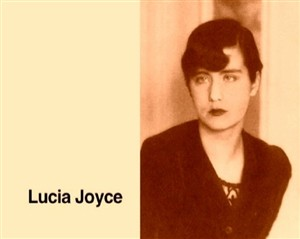 Following, an evocation of the day of Lucia’s birth in 1907 in Trieste, in the form of an opera  –

with a libretto in Italian, German and bits of French based on the birth and childhood years of Lucia Joyce written by Lucia Joyce -. [From the novel Clairvoyant, The Imagined Life of Lucia Joyce available on Amazon as a paperback and kindle]

The act opens to trills of violins as the gauze curtain rises on the city of Trieste. Yellow spotlight skulks along the wall of a rented room. Three photographic copies of Ivan Mestrovic’s sculptures are held on by pins above a tousled bed. The first print, not he left, a pregnant peasant woman writing in pain, the pain of giving birth. In the center, a skeletal child sucking at the almost deflated breast of its  mother. On the right, a naked woman, very old, ugly as sin.

Crashing of cymbals. Piccolos and oboes melt in. Lights go up as Papa and Mama hold a creamy baby, the baby born in the paupers’ ward on St. Anne’s Day. Papa removes the baby’s white fur undershirt and kisses, suckles the baby’s small spongy soles of feet. Lucia, the baby, is naked in a soapy porcelain washbowl. Mama and Papa, Adam and Eve, also naked together suds and tickle the baby. Laughter from them and from voices offstage.

Mama puts her large breast into the baby’s mouth. Lucia sucks it in and in. It jumps out with popping noise and with spittle left on the skin. Mama puts it back and laughs. Papa kisses Mama as Papa’s hatrack grows into an ashplant which taps its head on the washbowl. Its head grows into a bronze cobra, thumping against the washbowl and so forceful that it lifts the washbowl and baby up into the air to the parents’ eye level. Lucia holds on to the breast with her mouth. The breast is an ivory elephant tusk. Lucia’s two hands pat the sides of the warm breast.

The baby’s body is wet from the bath. The parents lick the baby as wild beasts do their young. The baby jiggles her little plump legs in the air, kicking the air. Faintly, a song of sirens as Papa sings “Dir tone Lob.” The lights come up on the Piazza Giambattista Vico where groups of Croats, Greeks, italians, Jews, and Austrians in the street listen to the beautiful melodious tenor voice of Papa coming from the window above them. His voice an invocation. one by one Austrians and Italians drop to their knees in prayer to the Virgin Mary. A somber hymn is heard as the lights lower.

[[Voice of James Joyce reading in 1929 from section “Anna Livia Plurabelle” said to be inspired by his daughter Lucia.]] [[[Photo: James Joyce and Lucia Joyce, Father and Daughter]]] 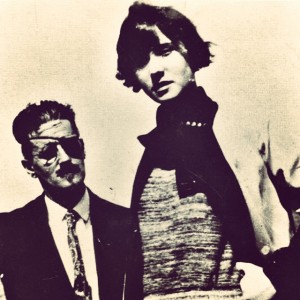 « Looking for self » Marianne, adieu