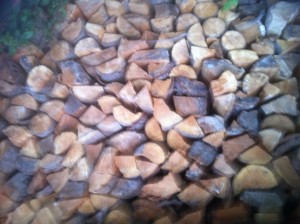 It just so happens that I’ve arrived in Canada, a place I love and admire, on Canada Day. [O CANADA, National Anthem with Lyrics and photos ] Listen, and get in the mood!

What’s Canada Day, I asked at the celebration we stumbled on at the driftwood center on Pender Island, B.C. where we encountered *Mounties, *bagpipe bands, free tattoos of red maple leafs.

I was told: It’s when Canadians celebrate the anniversary of the July 1, 1867 union of the three separate colonies of Canada, Nova Scotia, and New Brunswick into a single dominion within the British Empire. The French call it Fête du Canada. We all called ourselves Canadians.

Loving Canada is an acquired taste, like loving caviar, cut-and-stacked *wood (see above) or canoe paddles – all of which I do. A friend (*Gail) and I met up in Vancouver (she drove up from life on a Ranger Tug in La Conner, Washington State). I flew in from LAX after a few short days with my son and daughter-in-law.

Spending one night in room 405 in a forgettable hotel in Richmond, one (also not memorable) drive in grid-locked traffic along the 17A highway, and one sublime ferry trip from Tsawwassen to North Pender Island, we drove up the ramp between giant arbutus, cedars, firs, big leaf maples, miles of wild blackberry bushes to find *Gerry, my old – tried and true – friend. Gerry’s a former officer on Canadian cargo ships and has the most orderly *wood pile I’ve ever encountered on South Pender. (see above) Also *apples on trees, *peaches, the largest, tenderest *broccoli that we picked, cut, steamed, consumed. Much of Gerry’s exquisite house was built with his own hands. And of course there’s his enchanting little dog, *Paco. [*: see photos below] 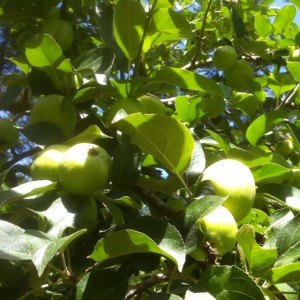 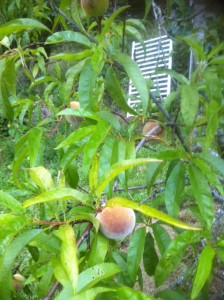 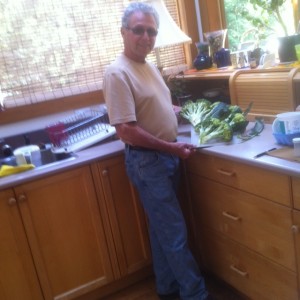 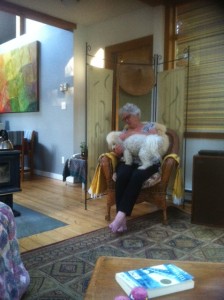 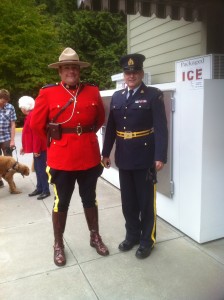 Much of the world is reacting to the refugee crisis — 21 million displaced from their countries, nearly five million of them Syrian — with hesitation or hostility. Greece shipped desperate migrants back to Turkey; Denmark confiscated their valuables; and even Germany, which has accepted more than half a million refugees, is struggling with growing resistance to them. Broader anxiety about immigration and borders helped motivate Britons to take the extraordinary step last week of voting to leave the European Union.

In the United States, even before the Orlando massacre spawned new dread about “lone wolf” terrorism, a majority of American governors said they wanted to block Syrian refugees because some could be dangerous. Donald J. Trump, the presumptive Republican presidential nominee, has called for temporary bans on all Muslims from entering the country and recently warned that Syrian refugees would cause “big problems in the future.” The Obama administration promised to take in 10,000 Syrians by Sept. 30 but has so far admitted about half that many.

But in Canada …..the problem seems to be:  too many people wanting to help. From another excerpt:

Just across the border, however, the Canadian government can barely keep up with the demand to welcome them. Many volunteers felt called to action by the photograph of Alan Kurdi, the Syrian toddler whose body washed up last fall on a Turkish beach. He had only a slight connection to Canada — his aunt lived near Vancouver — but his death caused recrimination so strong it helped elect an idealistic, refugee-friendly prime minister, Justin Trudeau.

The Toronto Star greeted the first planeload by splashing “Welcome to Canada” in English and Arabic across its front page. Eager sponsors toured local Middle Eastern supermarkets to learn what to buy and cook and used a toll-free hotline for instant Arabic translation. Impatient would-be sponsors — “an angry mob of do-gooders,” The Star called them — have been seeking more families. The new government committed to taking in 25,000 Syrian refugees and then raised the total by tens of thousands.

“I can’t provide refugees fast enough for all the Canadians who want to sponsor them,” John McCallum, the country’s immigration minister, said in an interview.

Oh! And there are Nanaimo bars that require no baking. They consist of a wafer crumb-based layer topped by a layer of custard flavored butter icing which is covered with melted chocolate made from chocolate squares. Not for the faint of sweet tooth. I can’t say if these refugees like them or not. (How could they not?) 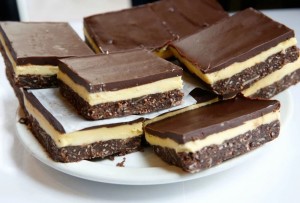