Jun 30, 2016 By Alison Leslie Gold in The Devil's Mistress No Comments 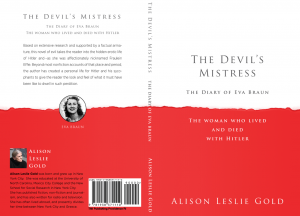 The trail led me to Zell-am-See.

The boy who approached me had bulldozed hair, amber bristles pocking his skull. He was wearing a brown bomber jacket, bruised Doc Martens with steel toe-caps threaded by white laces that were untied. Both sides of his head had been tattooed in black and brown ink with double-bladed axes. The two helves crossed at the pink nape of his neck.

His right ear and the bridge of his nose were pierced. When he spoke his tongue lolled out, revealing that it too was pierced through the taste buds with a lightweight aluminum diaper pin, and that his teeth had been mended with gold. He told me to follow him, so I paid up.

Crossing the concrete parking structure, his attitude was belligerent. The lock on the rear door of the car rattled him into surly confusion until I popped the lock from the panel on the driver’s side for him, so that he could open the door.

He sank into the leather back seat, cupped his hands between his legs.

He mewled out driving instructions. These led us to a beaver-brown statue of falling leaves that had been cast in bronze but on second look I saw that it was a monument depicting the feet of an archaic unicorn. I locked the car, told the boy to wait.

I gave my name to the receptionist. I had barely admired the peach sepia etching behind her desk, when a voice called out with excessive Gutmütigkeit, Enter, please.

A man in a suit stretched out his hand. He was splashed with an astringent aftershave. Laid out, were: a bridge of nine dentures in yellow metal, a cap with gold insignia, leather gloves, and a dog leash.

I mentioned a price. For the lot, I told him.

Wirklich. I can go no higher without authorization.

He gave his price. In cash.

When I agreed he put my purchases into a plastic shopping sack. We shook hands.

I rubbed my hands together with satisfaction. Two telephones were ringing at once when I closed the door.

The boy was beside the car, leaning back on his heels, slightly crouched, urinating up at the windshield. He directed the copious yellow stream back and forth with his hand. When he saw me looking at him with distaste, he rocked farther back and directed the stream onto the hood of the car. I know where are more souvenirs, he barked, thumping his stumpy penis he pushed it back inside his trousers.

He told me where to go. Shortly we were on the main road speeding in fourth gear toward the border. I punched the Blaupunkt the whole time…

[Available on Amazon as a paperback book or as a kindle] 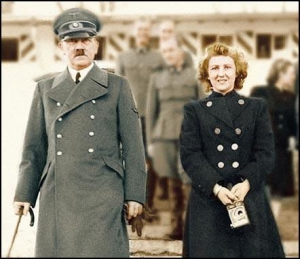