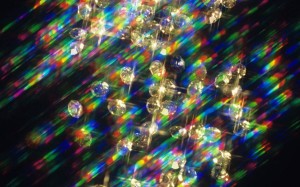 Meet four boys born in the City of L: The boy born in February was bathed in the kitchen sink. He was slight, pale, had pimples. His father drove a green bus. The boy born in June was called ‘a horrible piece of red meat’ by his father. The one born in July was the son of a bakery worker. He was sickly, spent so many months in hospital, he could barely read or write. His mother was a barmaid. The boy born in October wore thick black-framed eyeglasses and wouldn’t do his homework. He was the oldest, born during a midnight bombing blitz. The City of L was bombed over 80 times during that war. Most born there never left, died there and were buried in Merseyside or West Darby, Yew Tree or Anfield graveyards. The mother of the boy born in October never spread tangerine marmalade that tasted of sunshine (with or without rind and pith) on bread. Neither did she serve bitter orange (the kind Alice – in Wonderland – clasped in her fist as she free-fell into the rabbit’s hole) jam. Like bacon, butter, cheese, milk, soap, sugar, jam and marmalade were rationed, even after the war. They existed only in clouds in the sky.

East of the City of L flows the River Mersey. A tug (was said to have) sunk during the blitz though some bits were left visible above the water line. A sailor on the bridge of the tanker Adula, on the way to Stantow, glimpsed protruding parts belonging to two more ships sunk by mines – the Tacoma City, four crew dead, the Ullapool, 15 crew dead. The Mersey empties into the Port of L, the starting point for convoys filled with supplies and cargo crossing to and returning from across the Atlantic. Half the ports docking births were bombed, but the port functioned somehow with the help of barrage balloons and decoy fires set to distract attacking aircraft. Mines that drifted into the river menaced criss-crossing ferry traffic. Nonetheless, the Oxton and Bebington crews attached cranes so as to unload airplanes delivered from America.

Recreational boats were few, but as the war and its souvenirs were blotted away with time, small boats again plied the river. Idlers in them called back and forth to each other. When Buddy Holly of Buddy Holly and the Crickets went down in an airplane, all four boys knew a diamond had fallen from the sky. And was gone. To earn extra money the boy born in February delivered meat for the local butcher on Saturday by bicycle. In grade school the boy born in June became an apple polisher and a Boy Scout. When he was 13 his mother died of breast cancer and he had to learn to sew, cook, wash and iron to help his father keep going. To earn extra money the one born in July worked as a delivery boy. The boy born in October failed every single exam at 16. His middle name was Winston. He hated the nickname “Winnie” – if anyone called him by that name he would fight. Instead of doing homework he drew cartoons of deformed babies. The mother of the boy born in October is buried in Allerton graveyard not far from Cillia Black, a popular singer, who had 11 Top Ten Hits.