Apr 9, 2016 By Alison Leslie Gold in Fiet's Vase and Other Stories of Survival, Personal 4 Comments

A large bumble bee has been noisily jackhammering the west-facing window glass near me, can’t seem to find his/her way out through an open door not three feet away. Is he/she stupid, or what? I’m tired. I’m working. The beauty of the scenery stops me in my tracks  wherever I turn.

A 90-year-old red-headed relative died near San Diego, California two days ago. I was quite fond of her. I hadn’t seen her in a long while. I remember singing California, Here I Come over and over with her in New York, in my mother’s backyard, when I was about five. Each time we sang the lines, So open up your gold-en gates... we’d both  spread our arms and hands wide. In her memory, the song done by Al Jolson in 1924. Also, Ray Charles. (Click links above. Note: I’m being cryptic since I’ve been asked by another relative not to write about this person just yet, and will do as asked.)

Amanda Divine, whom I hadn’t seen in a million years, sister of my poet friend, Rick Vick, former resident of Hydra, died in Stroud, England three days ago. I remember beautiful Amanda (who seemed to float across the scenery) visiting Hydra accompanied by her corkscrew-haired daughter Fern, who once hit me on the head with a rock when her mother and I had a converstion that went on a bit too long. At the time Amanda wore long colorful skirts, frilled blouses. She could have starred in a cinematic adaptation of a Jean Rhys novella. Another poet friend, Kevin McGrath (who teaches Sanskrit and Indian Studies at Harvard, also a lover of Greece and things Greek) has dedicated his poem –

– in memory of Amanda Divine –

Where breaking through light      we enter the world

Stone threshold of love      where we pass from illusion

Crossing the floor      in a long endless current

There ships by themselves     move through the hours

And trees bear fruit      throughout the years

Where children play     on avenues shining

As the universe stands     staring quietly at life

We are subdued      by the rind of sorrow

The sweetness of being      runs away all the time

Speechless till sprinkled      with blood at our birth

We are touched by hands      that reach from the sky

Enter our heart      for the joy we must hide

So turning we see      there was no river

Nor was there life      just one beautiful door

The little neighbor girl in the house below mine has a cough. When she is not at school she coughs at least once 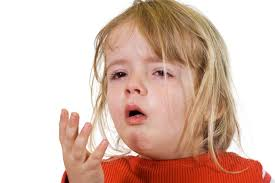 every three minutes. (Yes, I’ve timed her.) The sound of this barky/croupie cough is blighting an otherwise tranquil sojourn. It reminds me of the cough that Eric Newby describes in his unforgettable memoir Love and War in the Apennines that became the epilogue to my book Fiet’s Vase, on war, suffering, survival:

That night something happened to me on the mountain. The weight of the rice coupled with the awful cough which I had to try and repress broke something in me. It was not physical; it was simply that part of my spirit went out of me, and in the whole of my life since that night it has never been the same again.

Kits, cats, coughs, deaths and lives, how many are going to St. Ives?