Apr 2, 2016 By Alison Leslie Gold in Elephant in the Living Room, Interview 2 Comments

A welcome reunion with my Elephant in the Living Room collaborator, Darin Elliott, in Greece. He’s passing through after spending four months in India, his 13th trip there.

A: Where were you in India?

D: In the South, then up in the Himalayas. 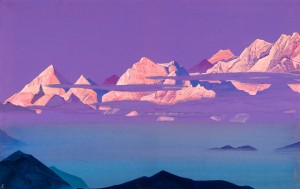 A: I’m jealous. Was this after the publication of our book?

D: After the book was published I went to the Scottish Highlands for three weeks. A gift to myself.

A: Had you any intention of writing a sequel at that point?

D: No. It wasn’t until I was up in the Himalayas that it occurred to me. One day I thought, what if the lost dog in the book ended up with another family? What if he witnessed another issue?

A: What came to mind?

D: Bullying. Also the protagonist in our book is a girl and I thought I might like writing a boy’s character.

D: In our book, as the child of an alcoholic, I could write from experience. I also had a bit of an experience of being bullied when I was a child, so I thought I might have something to say there too. I hadn’t planned on writing anything…that’s the kind of writer I am…spontaneous… After being in the south of India for two months, I traveled to the Himalayas. One day I thought I’ll just write a prologue. The next day I thought, I’ll just write a chapter. The book was done in three weeks. I wrote every day. Again, not my style. It seems like it wrote itself.

A: Did you change the dog’s name?

A: Does the book have a title?

D: Elephant in the Classroom. I’d brought ten pages from a legal pad with me. I used them up in two days. I searched the house – it’s owned by absent Austrian friends who raised four sons there – and found some old school copybooks belonging to the boys. When I used these up, I had to walk an hour down the mountain to the nearest village to buy a notebook in order to finish the draft. 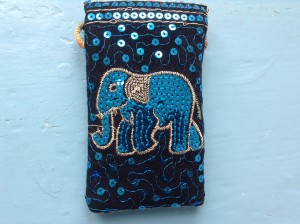 A: Describe the setting in which you did the writing.

D: I sat on a veranda, part of a British Raj house, looking down at a valley. I had six dogs belonging to the Austrian owners keeping me company. The dogs ranged in size from a tiny Tibetan terrier to several huge German shepherds who were the size of bears. All the dogs wore eight inch collars to protect them from Leopard attacks. You see, leopards go for the neck, and the family had already lost so many dogs that way.

[For atmosphere: Music of the Himalayas]

A: Was anyone else in the house?

D: Yes, a maid, Stasha, a Hindu woman who was about my age, but looks older.

A: Could you speak with each other?

A: Where are you with the book? I can’t wait to read it.

D: The draft is done. Right now I’ve got five young readers from four countries reading it to give me feedback.

A: Do you think you’ll work on it here, on Hydra?

D: No. In late May I go to Los Angeles for six weeks. I’ll work on it then. That is …if I’m in the mood. Remember, I’m not a writer in the sense of discipline. I just let it come.

[Photos: Darin yesterday; also the day before; Darin and I at the port] 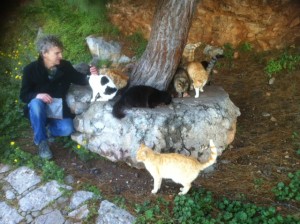 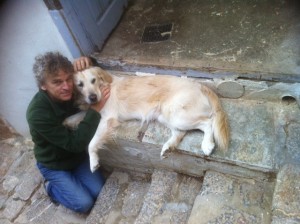 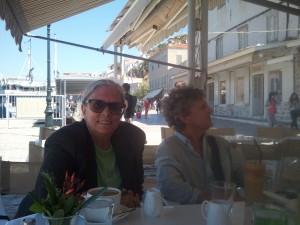