My friend Jo Schulze was born in Germany’s Black Forest just as World War II began. Now she lives a dynamic life on the east coast of England with (interchanging) members of three generations of her accomplished family. A short bio, in her own words: Jo Schulze, MA level, Ludwig-Maximilian-University Munich, far traveled, being at home in five languages. I’m a friend of words and the meaning behind them via literature in the wider sense, poetry as well as grey literature which would be commercials. I play piano and guitar. There was a time I could beat anybody at table tennis. I also play chess. About a Vesba she once owned, adds: I bought mine second hand. It was signal red with a little Playboy bunny in front. Very misleading! Here she is at age six: 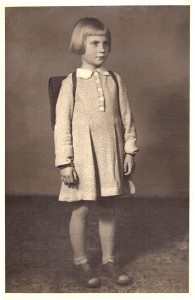 The other day she mentioned that she could write something about the 50s in Germany that would make a reader appreciate the arrival of Hippies (like she and I).  Though I’d hardly consider myself a Hippie, I applaud their free spirits too, and suggested she write something on the subject and invited her to do a guest posting. Here is what she sent me:

I remember you are a Hippie. It takes one to know one. We were both probably doomed from the beginning, for a lot of reasons, and the feeling of doom has never really left us.

Youth rejecting authority and trying to find a better way to live is an eternal phenomenon. The Vietnam war draft provided a lot of oxygen to make this flame burn more brightly, but the flame never goes out.

Like everything else en vogue in the States with a little delay swapped over to Europe. In Germany they joined in the Vietnam protest and thus it was the spreading American Hippie movement that liberated the western world. Thank you, America!

After WW2 we had 2 million dead civilians, only a few men ever returning from the battlefield or not dying as POWs. When on furlough, which had been possible in the earlier war years, they left their wives behind pregnant. By the time I was old enough to go to school we were 50 girls in class, half of them orphans. Mothers, the elderly, fended for their families, went seamless over to business, never complaining, men still dominant even in absentia. As children we rarely saw our mothers who later on were too busy doing a 60 hours working week (49 working hours week had been eked out later on). Coming-of-age was 21. Until then you were dependent on your parents even if they had nothing to offer other than advice. 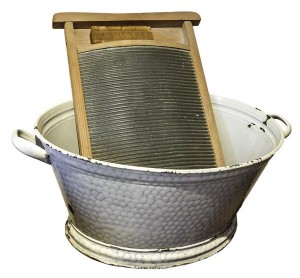 ​Children were left to themselves. Similar to Golding’s Lord of the Flies, one little boy was murdered by siblings. In addition we had pedophiles … as an 8 yr old I would never have dared to tell a soul. It was a cardinal sin even to touch oneself. The hostility about sex was immense, for girls. Boys – well, they are boys. “He raped you? What utter nonsense, a 9 year old.” People had been brainwashed into thinking alike and when all think alike, they don’t think very hard.

The number of men having been drastically decimated, it was the logical consequence that the old Nazis were still in government, who else was there? The same with doctors.”Doctors from Auschwitz are the best, because they had the opportunity to dissect Jews.” was common knowledge. “But why the Jews? may I ask?” – “Well, they brought it upon themselves, because they lend money at exuberant interest rates and made businesses go bankrupt.” – “Aha.” – But we did have Jewish friends, the Spielmanns for whom we stored stuff in our loft. Also Miss Kohn, the seamstress – “They were not like the others, they were different.”

After so much loss of life one should think that they were happy about any woman giving birth. Wrong. Young women would still kill themselves of shame for prenuptial sex. The church “helped” them, the nuns taking the newborns as a consequence for having had fun. Some women suffered about it a lifetime. Before the Hippies, it was still common that girls “had to marry” someone they otherwise would not have. Like my mother. My grandmother had gone down on her knees imploring her not to marry the bastard. At the end of her life my mother admitted that it had been a mistake. But who wanted to know now?
​ 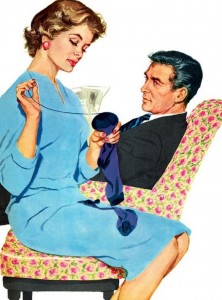 “A lady must also always wear gloves. A lady must smile or chuckle decently – not laugh. Women can’t drive. Must not whistle.” ​Have I forgotten anything? Good. When someone asks you, bahdiblah, you must say … You don’t drink, you nip. You see Women have to blame only themselves when they get murdered, walking alone in the park…going with strangers.

My father, a late POW, was a complete stranger to us, taking away what remained of the attention my mother could give us. He couldn’t love us – my elder brother no longer cute, me neither – no front teeth – and the sweet little boy that everybody else took a liking to, always screamed his head off after my mother and my father hit him. 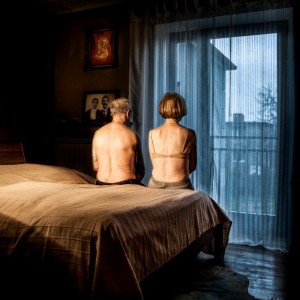 KZ’s in the east sector, Buchenwald and Sachsenhausen, formerly reserved for Jews, were now filled with dissidents. Those were punished for collaboration with the enemy (listening to broadcasts from the west – handing out flyers, etc.) and never seen again. Same old, same old. My East Berlin aunts only son had been taken for “interrogation” while my aunt was hiding in the cupboard, couldn’t even say good bye. “Why didn’t I …” she blamed herself for the rest of her life. Not even saying goodbye.  She never saw him again. Rebellion of young workmen ended deadly. When we passed by Oranienburg KZ, my mother hurried, telling the children to be absolutely silent otherwise …). Everybody knew. Again, allies didn’t give a fag. Stalin was an ally. After Unification, when a road was built in Bauzen, former DDR, they discovered hundreds of bodies under the old tarmac.

Nobody has ever taken an interest in investigated these crimes. The many young people dead because of trying to flee socialist paradise – no issue. I’m proud of our German Jews who pursue these crimes and keep the memory alive. Makes one want to be one of them.

After having said all this, you can imagine how animals were treated. Self-made butchers killed animals in the yards. Children were not allowed to watch, but we could hear my uncle’s pig scream for an eternity, and the little calf we’d loved … we’ll never forget. Dogs were not eaten anymore, but if unwanted, they were drowned and their litter also. A sack and a brick. Cats, same treatment. All this comes to mind when I hear people say other people are not being people but animals.

Cultural events: Mostly what had been confiscated and banned by the Nazis was now in the open, for instance the scathing work of Otto Dix, also Otto Kirchheimer, genuine German artists, and formerly degraded artists like Barlach, Chagall, Matisse.

Before the Hippies came the teenagers with Bill Haley and of course the most significant cultural icon Elvis Presley. Then the ’68 culture, torching cars fighting police, torched their stables with the horses perishing in the flames.

And what did the establishment say?

Excuse me, don’t get me wrong, I’m not right-wing, but isn’t arson on horses going a wee bit too far? They remembered SA under H., feared them reemerging and shut up.

At last came the Hippies, kids who had whelped from the emerging middle classes. Make love not war, preparing sandwiches, making tea, caring for art and thought and music, liberating the gays, the lesbians, the single mothers. Looking after each other’s children, knitting socks, flower power – ah! Trying to save the planet …their unwrapped idealism…only found in the young. 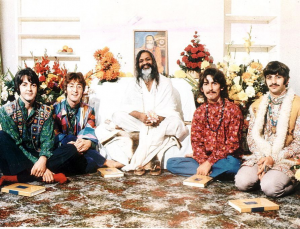 Traveling the seven seas, the planet our home, I’m so happy we have met along the way and to thank you for the American Hippie movement.