Jan 24, 2016 By Alison Leslie Gold in Elephant in the Living Room No Comments 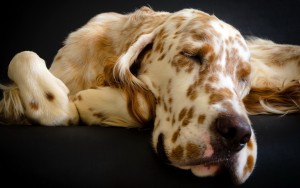 Found in A Christmas Cracker being a commonplace selection by John Julius Norwich (annual, anticipated gift from my old friend Dom) from the Daily Telegraph obituary of Elisabeth Mann Borgese [sic], born 1918, died 2002:

“Elisabeth Mann Borgese, who has died aged eighty-three, was the last surviving child of the German novelist Thomas Mann and successful herself in several different fields, as an anthropologist; as a political scientist; as an environmentalist with a special interest in oceans; and as a writer of short stories.

One of her more outlandish achievements, at the end of her life, was to train an English setter to play piano duets with her. To this end she had a special piano made – with no legs and no black notes, and with keys twice as wide as normal. A visitor wrote the following account of the performance:

“Mrs. Mann Borgese sat down on the floor at the left of the keyboard, and the dog took his place to the right of middle C. They performed two short duets, one by Schumann and the other by Mozart. Encouraged by praise, pats on the head and pieces of meat fed to him during unsecured pauses, the dog mostly hit the right note at the right moment. Certainly he had a good sense of rhythm. He made a few mistakes, but she explained this by saying he’d gone for three weeks without practicing while she was away.” 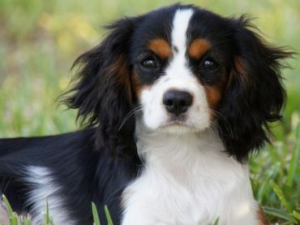 What about that news, Beckett, our cross between a Terrier, a Cocker Spaniel and that unknown Poodle you like so much to trash? Your chatty days telling the story of Danielle and the Godot’s in Elephant in the Living Room. may not have prepared you for middle C?

Beckett:Don’t be daft. Not practicing for three weeks…. Anyone, even a sulky English setter, would make mistakes. There you humans go, judging your four legged friends by higher standards than you would judge a parakeet or even a snake.