Jan 17, 2016 By Alison Leslie Gold in The Devil's Mistress No Comments 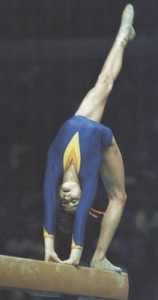 In this short excerpt from The Devil’s Mistress:The Diary of Eva Braun the Woman who Lived and Died with Hitler we visit Eva Braun on another January 17th. Based on extensive research and supported by a factual armature, this novel of evil takes the reader into the hidden erotic life of Hitler and (as she was affectionately nicknamed) Freulein Effie. Beyond most nonfiction accounts of that place and period, this book creates a personal life for Hitler and his sycophants to give the reader the look and feel of what it must have been like to dwell in such perdition.

I took a nap. I dreamed I saw a cardinal in his robes who undressed me, caressed the most sensitive places, made love to me Greek-style. When I gathered up my clothes, he reproached me for too much love of gaiety.

I just woke with a bilious attack.

He is in conference.

Frau Hochschmidt was due to arrive, but has not, so I began without her. I need routine and am working painstakingly on the front lying cast to squat position on my parallels. I finished in a squat on the low bar on the balls of my feet.

Alas, a kink in my calf, and I had to stop. Just then Frau Hochschmidt swooped down. She insisted that—despite the pain—I buckle on two kilo weights and do leg lifts, then hang.

I’m still experiencing pain in my calf. I summoned the hairdresser, had my hair done. Then I walked Stasi and Negus in the Tiergarten where they went their separate ways, smelling and watering their special spots, balancing on hind legs, cocking legs in the air. A few drops here. A few there.

I summoned the dressmaker. The ambitious woman told me, My work rooms have been bombed, but I’ve found other work space. I’m at the Kaiserhof Hotel, which may collapse at any moment.

I ordered three new dresses though I’m low on cash.

The stupid “broom girls”—the half-breeds—continue to sweep the streets ten or more hours a day but still the streets are dirty. 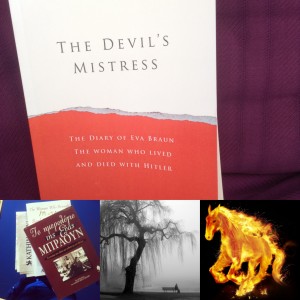