The last time he saw his mother, Mary 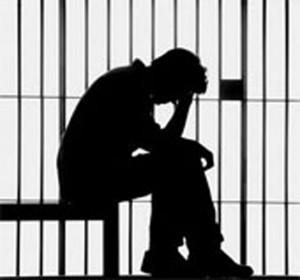 [Excerpt from The Potato Eater the story of Padric McGarry, who spent 20 years in 21 different prisons]

Summer was sticky and humid; a dog’s summer. He immediately went to the old places. He needed a big drink.

A Winter afternoon. He turned a trick in Brooklyn at the intersection of Flatbush Avenue, Nevins and Fulton Streets. The trick bleat like a sick sheep then passed out. Padric stole his money, a bottle of gin and a bottle of red wine from a shelf. He put each bottle into a coat pocket and tip-toed onto the back porch of the trick’s apartment that was on the second floor. He looked out at the neighborhood, sat on the railing, lit a cigarette.

He was looped out of his mind and was wondering what to do next. Then, suddenly, he was not sitting there anymore, but was down on the ground lying in the snow on his back, breath knocked out of him, moaning like a wounded seal. He lay there a good ten minutes until somebody helped him up and walked him to the subway. The first thing he checked for was his bottles. Miraculously they had survived the fall. That’s when he took it into his ‘fruit head’ – as he always called it – to ride the subway way the hell out to the end of the line in Queens and see Mary. He hadn’t laid eyes on her since he’d run away from home a good six years earlier.

He did that and got off the IRT subway in Flushing. He took a bus outside May’s Department Store and another that traveled along blocks of brick apartment buildings and frame houses, stores, YMCA’s, schools, empty lots. He walked for many blocks past brick attached houses each with trees and real lawns. He nipped away at his bottles, slugging on the gin for warmth and chased it with wine to kill the taste. Finally, he couldn’t walk any more because his back was hurting. It began to snow. It was heavy snow.

He was now drunk, was half walking, half crawling. The police drove by, stopped him. He showed a letter from his sister. They put him in the police car.

The cops dumped him out on Mary’s doorstep. The snow suddenly was raging. His back hurt like hell.

Mary opened the door. The only thing he noticed was that her eyebrows needed plucking. She took him in, told him to wipe the snow off his clothes, put him to bed.

The house had five rooms. Jeanne was living with Mary and Mary’s new man, a little Dutchman. Another baby had been given up for adoption to some cousins.

Every day Mary brought him some food.

Every day she told him, You should leave as soon as possible because I want to keep this guy, I don’t want him to get irritated by you and your ways. But didn’t throw him out.

Two weeks passed. He began to feel better, to walk around the house. Mary made a pile of baloney and mayonnaise sandwiches on soft Dugan bread then he plucked her eyebrows, wiping each hair from the tweezers onto a napkin. It was like old times, he made Mary laugh, he made her eyes fill with tears when he yanked a hair with a deep root.

Mary asked him to fill her big bucket with Westpine and water and mop across the kitchen and bathroom floor. When he’d finished and the flooor was spotless, Mary brought him his clothes, washed and folded neatly.

Mary fed him homemade wine in a jelly glass. You gotta go.

She gave him two boxes of food and took him by the arm, walked him to the bus.

Padric walked up the bus’ steps. He never saw her again.

Back on the Homo block. He was too old to be a “new” face.

« My son was born during a transit strike » Guest: Dance that doesn’t look like dance