Jan 14, 2016 By Alison Leslie Gold in Invited guest No Comments 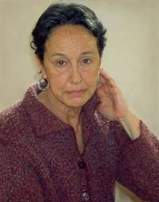 For a long while I’ve greatly admired, and felt true kinship, with playwright/poet/dancer  Sissy Boyd. Originally from Philadelphia’s Main Line, she currently resides, creates and performs in Southern California. Sissy is a former Martha Graham dancer, has acted in films as well as on stage. She’s a woman after my own heart, spare, understated, still-waters-running-deeply incarnated that includes a  sharp mind, dry wit too. We always laugh together. Just now I had the good fortune to read her most recent play “Movement for Two Voices” performed as part of a two play evening whose overall title is Riddance. Imbued with a psalm-like luminescence, I invited “Movement for Two Voices” to visit this blog. Sissy accepted my invitation on behalf of the play’s two character – V1 and V2. The complete text of this short, restrained play is reproduced below. For a glance into the author’s backstory by way of introduction, I sent Sissy several concise questions and received equally concise replies. These follow:

Q: Would you tell me a little about “Movement for Two Voices” – what motivated you to write it?

A: it was an an amends to my mother.

Q: What was your goal?

A: to get through to what is beautiful about unconsciousness.

Q: Is dance intrinsic to this work or not?

A: movement is…I don’t want it to look like dance.

Q: Who is Wesley Walker.?

A: Wes is a playwright…we shared the evening; 2 separate pieces. and Wes did a lot of the direction in my piece.

Q: Tell me a few lines about your play-writing career, and some themes of the previous plays.

A: my plays are always about my stiffling upbringing, my rigid, cold mother.

Q: Tell me a little about where your plays have been workshopped, also the theater group with which you’ve been involved for so long?

A: I was so fortunate to land with John Steppling. a brilliant and incredible teacher. and some of the same writers are still together.

Q: What about your dancing life?

A: Everyone thought I looked like a dancer, but I was never truly happy. I found my self dancing to words. and then very poetic words…I don’t like dance movement…

Q: What about your poetry writing life and with whom you studied?

A: I studied with Holly Prado, a wonderful L.A. poet. she never told me what to do; I stumbled around which is what she hoped for.

Q: Say a word or two about your background, anything you’d like.

A: I was born into an upper type household. manners meant everything. I never saw anything artistic until a boyfriend, an architecture student, Louis Kahn’s protege, found and liked me! he was magnificent, took me to foreign movies, museums, all of it.

Q: Also, if you have a more general photo of yourself, could you send?

A: HEAVEN HELP ME… 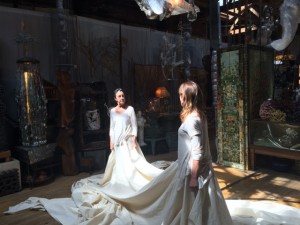 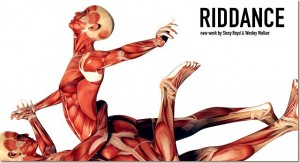 V1: the stage is colorless, empty.

V1: I lie down in the empty space of

V1: inch toward my mother.

V1: with dreadful grace then I rise and turn, straining to find her.

so your Mother died.

the flat shadows the blue midnight.

on the station floor

the smell of low tide

waiting for it to rise

and roll me out

V1: how I have wandered

from under the dogwood

from a town of grasses

into a dark roar

from your feet placed

V1 lying in the boat. on the boards.

weight of the sea under me.

come stand over me,

draw a circle around us.

watch. I am motionless,

so that you may come closer.

listen. I am silent

the horrors I brought.

and keep me beside you.

I am more afraid than ever.

Father found me drunk on the floor.

Had I climbed into bed with him?

there was always horror.

had I climbed into bed with my father?

I didn’t go on after that.

I’ve been here a long time.

I trained myself to lose my way.

looking for the tall man.

for a long time.  it was gray.  I was relieved.

the gulls stood, many.

the thick sand under me.

waiting and there is nothing.

his voice ran out

and his arms fell away

nothing of a body

armless in the end

however once he knew

steady I was there.

V1: I was paralyzed.

the hospital for months.

too ill to be.

concave on the white bed.

I looked through tints of blue.

and months leading up.

I saw them move.

V2: talk about your body.

lo, the very stepping in.

V1: this is possible.

V2: how slowly you move.

V1: my neck and shoulders.

V1: I watch myself

your dress, stuck to you.

you pull it off.

V2: the hazard, the drowning.

about run. but slow,

him saying, your dress, pull it off.

me saying, you pull it off.

nothing settled about love.

him pulling the stuck dress.

me there so naked.